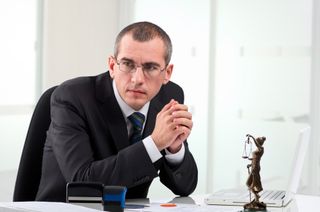 As the saying goes, with great power comes great responsibility — and yet it seems like so many powerful people use their power for evil, not good. (Take, for example, all the global leaders mentioned in the Panama Papers.) But a new study suggests that tweaking how powerful people think about their power could affect how they act.

Simply put, making people in power think about how they should act (as opposed to how powerful people generally do act) may help them act more ethically, found the study, published today (May 4) in the journal Personality and Social Psychology Bulletin.

The findings showed that "when the powerful think about how those with power do behave … they behave more unethically and cheat more," Miao Hu, an assistant professor of marketing at the University of Hawaii at Manoa and the lead author on the study, said in the statement.

However, when powerful people think about how those with power should behave, they act more ethically and cheat less, Hu said.

For example, in one experiment in the study, the participants were asked to imagine themselves in either a position of power, or a position without power, during a certain scenario — for example, accidentally being given an extra $10 in change from Starbucks. Then, half of each group was asked to describe how they would behave in the scenario, and the other half was asked to describe how they should behave in the scenario.

The researchers found an interesting effect when people in the group who imagined themselves as powerful were asked to describe how they would act in the scenario: they responded more unethically than did those who had imagined themselves not being in power.

In contrast, when the people in power were asked to describe how they should act in the scenario, they responded more ethically than those who were not in power, the researchers found.

In another experiment, the researchers divided the participants into the same groups, but instead of a hypothetical scenario, they played an actual game, and were given the opportunity to cheat (they could lie about how many points they had scored). As in the other experiment, the participants were asked to picture themselves either in a position of power or a position without power, and also asked to think about how they would act or how they should act. [10 Historically Significant Political Protests]

Making people in power "think about how they should behave may serve as a potential form of preventative medicine against the abuse of power," Hu said.

The investigators noted, however, that more research is needed to see if these results would also apply in real-world situations.