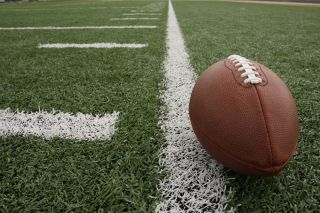 Many retired NFL players may have signs of brain injury, according to a new study.

In the study, more than 40 percent of the retired players whom researchers examined showed signs of traumatic brain injury (TBI), which is damage to the brain caused by an outside force.

TBI is a major cause of death and disability in the United States, and contributes to about 30 percent of deaths related to injuries, according to the Centers for Disease Control and Prevention.

"This is one of the largest studies to date in living, retired NFL players and one of the first to demonstrate significant, objective evidence for traumatic brain injury in these former players," said study author Dr. Francis X. Conidi, a neurologist at the Florida Center for Headache and Sports Neurology, said in a statement. "The rate of traumatic brain injury was significantly higher in the players than that found in the general population."

In the study, the researchers scanned the brains of 40 players and also tested their memory and thinking skills. The average age of the players participating in the study was 36, and the majority of them had been out of the NFL for less than five years.

The players had played in the NFL for an average of seven years, and each had experienced an average of eight concussions. Moreover, 12 players had received several subconcussive hits — blows to the head that are considered below the threshold of a hit that causes a concussion. [5 Ways Science Could Make Football Safer]

The brain scans showed that 17 of the players, or 43 percent, had signs of traumatic brain injury. Moreover, 12 of the athletes, or 30 percent, showed evidence of injury to the brain caused by the disruption of parts of nerve cells that allow brain cells to transmit messages to each other.

The longer a player had spent in the NFL, the more likely he was to show the signs of traumatic brain injury. "We found that longer careers placed the athletes at a higher risk of TBI," Conidisaid.

However, the researchers did not find a relationship between the number of concussions players had suffered and whether or not they showed signs of TBI.

When the researchers tested the players' thinking skills, they found that about half of them had significant problems with their executive function, which plays a role in a person's ability to plan and manage their time. [10 Things You Didn't Know About the Brain]

It also turned out that 45 percent of the players had memory or learning problems, and 42 percent had problems paying attention and maintaining their concentration.

The new study will be presented this month at the annual meeting of the American Academy of Neurology in Vancouver, Canada.