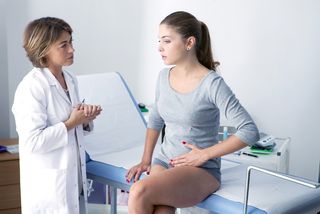 A permanent birth-control implant called Essure will need to be labeled with a stronger warning that lists potentially serious risks of the device, the Food and Drug Administration announced this week.

The action comes after the FDA received more than 5,000 reports of complications from the device, including chronic pain, bleeding and allergic reactions, since the device was approved in 2002. Here's what you need to know about the controversy:

What is Essure and who gets the device?

Essure, manufactured by Bayer, is a permanent (irreversible) form of birth control, meaning a woman who gets the device will no longer be able to become pregnant. It's intended for women who don't want any more children. Studies have shown that if the device is correctly implanted, the chance of pregnancy is less than 1 percent, the FDA said. About 750,000 women have received Essure since 2002, according to Bayer. [Birth Control Quiz: Test Your Contraception Knowledge]

How does it work?

Unlike the traditional method of female sterilization, known as tubal ligation or "getting your tubes tied," implanting Essure doesn't require surgical incisions. Instead, a doctor can insert the implant through a woman's vagina, past her cervix and into the fallopian tubes. Over time, scar tissues builds up around the insert, forming a barrier that prevents sperm from reaching eggs in the fallopian tubes, the FDA said.

Because part of the device is made from a nickel-titanium alloy, patients with a nickel allergy may have an allergic reaction to the device, including rash, itching and hives, Bayer said.

What are the complaints about it?

The FDA said it still considers the Essure "an appropriate option for the majority of women seeking a permanent form of birth control," but the agency also noted that some women may be at risk for serious problems. Over the last 14 years, some women using Essure have reported persistent pain, abnormal bleeding, allergic reactions, and perforation of the uterus or fallopian tubes.

What is the FDA doing?

The FDA will require a new warning label on Essure describing the serious problems that have been reported by some women using the device. The agency is also developing a "checklist" that doctors can use to discuss the device's risks with patients. The checklist will emphasize that patients need to undergo "confirmation tests" three months after Essure is implanted, so that doctors can check if the device is properly placed and that the fallopian tubes are blocked to prevent pregnancy.

The FDA is also requiring Bayer to conduct a study of Essure, looking at the risks of unplanned pregnancy, pelvic pain and other complications, and comparing those to the risks of tubal ligation.

Are there other similar types of birth control?

No, Bayer said that Essure is the only permanent form of birth control for women that doesn't require surgical incisions.