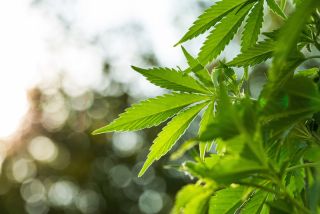 A new product called Foria Relief offers marijuana compounds in the form of a vaginal suppository, and its makers claim it can relieve menstrual cramps. But is this product safe?

Experts say that, because of the lack of studies on the product, there's no clear evidence that it is safe to use, or that it works.

Foria Relief contains 60 milligrams of tetrahydrocannabinol (THC) and 10 mg of cannabidiol (CBD), along with cocoa butter. Both THC and CBD are active ingredients in marijuana; THC is responsible for producing the "high" effect of the drug.

The product became available last month in Colorado, where the recreational use of marijuana is legal, and California, where people need a physician's recommendation to obtain marijuana for medical purposes.

The company says that THC and CBD can relax muscles and that, as such, these compounds may help with menstrual cramps, which are caused by the contraction of the uterus muscles. The compounds can also act on the nerve endings of the uterus, cervix and ovaries to block pain, the company says.

However, Foria Relief has not been approved by the U.S. Food and Drug Administration, meaning that the effectiveness and safety of the product have not been proven. The company notes in a disclaimer that information on its product is "based on patients' reported experiences." Because the product is not FDA-approved, it cannot be marketed to treat or cure any disease.

What's more, there's little scientific research on the effect of any type of marijuana on menstrual cramps.

"With exception of a study in the 1800s, I see no evidence in the medical literature that supports that use" of marijuana for menstrual cramps, said Dr. Ranit Mishori, a professor of family medicine at Georgetown University School of Medicine. Although there are barriers to studying marijuana in the United States, "the alternative isn't to recommend a treatment in the absence of evidence," Mishori told Live Science. [11 Odd Facts About Marijuana]

There is also a lot of concern about the safety of marijuana-based products — including Foria, as well as edible marijuana products — because these products have little regulation, said Dr. Scott Krakower, assistant unit chief of psychiatry at Zucker Hillside Hospital in Glen Oaks, New York.

"You don't know what these products contain," Krakower told Live Science. A study published last year of 75 edible marijuana products found that just 13 of these products accurately listed the amount of THC on the label.

And because there are no safety studies on the new product, the risks are unknown, Krakower said. For instance, it's not clear how much, or how fast, the drug would be absorbed into the bloodstream through the vaginal route. "It's a mistake to market this, until these agents are studied further," Krakower said.

Although the company markets Foria as a "natural alternative" for menstrual cramps, people should remember that marijuana is "still a drug," and can have side effects, Krakower said.

The company says on its website that most users of Foria Relief do not report experiencing a high when using the product, either vaginally or rectally.

The company also says that users should ask their doctor whether Foria is safe to use with other medications, including over-the-counter painkillers. It does not recommend using Foria during pregnancy, or while trying to become pregnant.