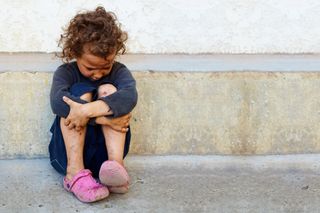 Five causes of death account for nearly half of all deaths in children and adolescents worldwide, a new report finds.

In 2013, the leading cause of death worldwide among children under 5 was lower respiratory infections (such as pneumonia and bronchitis), which accounted for just over 900,000 deaths, according to the report, published today (Jan. 25) in the journal JAMA. [Top 10 Leading Causes of Death]

The next four leading causes of death in this under-5 age group were preterm birth complications, neonatal encephalopathy following birth trauma and asphyxia, malaria and diarrheal diseases, according to the report.

The authors of the report noted that "half of the world's diarrheal deaths among children and adolescents occurred in just five countries: India, Democratic Republic of the Congo, Pakistan, Nigeria and Ethiopia."

The report illustrated the stark differences between the leading causes of death among children and adolescents in developed nations compared with developing countries. For example, in North America, Australia and most of Europe and South America, the leading cause in 2013 in these age groups was congenital anomalies.

In the U.S., the leading cause of death for all children over age 1 is unintentional injuries, according to the Centers for Disease Control and Prevention. This category includes deaths from car accidents, drownings and unintentional deaths from guns.

Indeed, the authors of the report highlight that the most common causes of death worldwide, including lower respiratory infections and diarrheal diseases, are "largely avoidable" by taking steps to improve air and water quality.

The third leading cause of disability was depressive disorders. These were much more common in adolescents than in younger and older children, the report found.

The authors of the report cautioned that were some limitations to the study; specifically, many countries did not have exact records of causes of death.