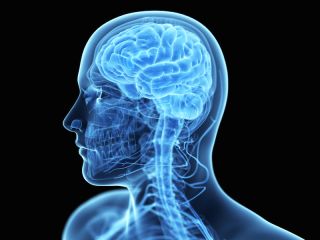 Older people who sleep poorly may have a slightly increased risk of having hardened blood vessels in the brain, and oxygen-starved brain tissue, according to a new study.

Both of these issues may contribute to a greater risk of stroke and cognitive impairment, the researchers said.

"The forms of brain injury that we observed are important because they may not only contribute to the risk of stroke but also to chronic progressive cognitive and motor impairment," study author Dr. Andrew Lim, a neurologist and scientist at Sunnybrook Health Sciences Center in Toronto, said in a statement. [7 Things That May Raise Your Risk of Stroke]

The researchers had shown that fragmented sleep — which is sleep interrupted by frequent awakenings or arousals — was linked with an increased risk of dementia and cognitive decline, Lim told Live Science. "However, there were gaps in what we knew about underlying brain changes that may link sleep fragmentation with these neurological outcomes," he said.

In the new study, the researchers looked at the brains of 315 people who underwent autopsies after they died. The people were 90 years old, on average, when they died, and 70 percent were women. At some point before they died, the people in the study had had their daily activity and sleep monitored for at least one full week. Based on the data from the monitoring, the researchers assessed the quality of the people's sleep.

Of all the people whose brains were examined, 29 percent had had a stroke and 61 percent showed damage in their blood vessels in the brain, which ranged from moderate to severe.

The researchers found that the people whose sleep was often interrupted were 27 percent more likely to have hardened arteries in the brain than people who slept without interruption.

The people whose sleep was often interrupted were also 31 percent more likely to have damage to brain tissue due to lack of oxygen, compared with those who slept without interruption.

The study found an association, not a cause-and-effect relationship, between poor sleep and brain problems. It's possible that interrupted sleep could be either a cause or a consequence of the hardening of blood vessels in the brain and damage to brain tissue, or that some other unknown underlying factor contributed to both sleep problems and the damage in the brains, the researchers said.

Its also unclear what mechanisms might explain the link, but one possibility is that interrupted sleep may impair the circulation of blood to the brain, thus contributing to these issues, they said.

The findings suggest that if the link is confirmed, sleep monitoring could be used as a way to identify older people who are at risk of stroke, the researchers said.

The new study was published today (Jan. 14) in the journal Stroke.