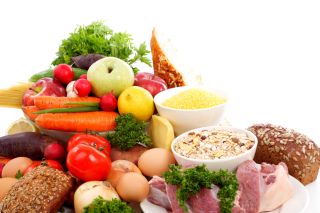 The federal government's new dietary guidelines are a step in the right direction, experts say.

The guidelines, which come from the U.S. Department of Health and Human Services and the USDA, were announced today (Jan. 7).

Although the new guidelines do include some specific recommendations about what Americans should or should not eat, they also take a holistic approach to eating, encouraging Americans to focus on healthy patterns that include adding more fruits, vegetables, lean protein, whole grains and healthy fats. [Diet and Weight Loss: The Best Ways to Eat]

"We all know we need to eat more vegetables, fruits, nuts and seeds," Heller said.

"Sometimes we overthink nutrition and make it so complicated, but it's not," Politi told Live Science.

The main ideas are to eat less processed food and to emphasize nutrient-dense foods such as vegetables, Politi said.

No need for nutrition calculators

Several of the new recommendations do give specific percentages of a person's daily calories that should come from certain nutrients.

But how much sugar constitutes 10 percent of a person's daily calories?

"It's not necessary to calculate the 10 percent," she said. "But guidelines such as trying to drink less sugar-sweetened beverages and not eat sweets every day should help tremendously," she said.

"I don't know what 10 percent of calories means," she said. And people aren't going to take the time to calculate it, she said.

What's more important is to cut back on sugary drinks and sugar-laden junk foods, she said.

The same goes for saturated fat.

Instead of taking the time to calculate a number, people should simply focus on eating less foods that come from animals, Politi said. Meat and cheese are the two primary sources of saturated fat in most people's diets, according to the guidelines.

"I always tell [patients] to eat fish and chicken a couple of times a week, and red meat no more than twice a week," Politi said.

Her recommendation touches on another guideline as well: increasing the variety of proteins in the diet.

Indeed, it doesn't all have to be red meat. Nuts, beans, seeds and even whole grains can be good sources of protein as well, Heller said.

The new guidelines also encourage Americans to cut down on their salt intake, although the recommended limit of 2,300 milligrams of sodium per day hasn't changed from the previous set of guidelines.

But the guidelines reiterate that sodium is a problem, Heller said. (In 2014, a market research company found that Americans are not too concerned about the amount of sodium in their food.)

Americans are eating a lot more sodium than the recommended amount, she said. And one of the best ways to cut back is to cook at home, she said.

Using more fresh ingredients (or "fresh-frozen" ingredients, such as frozen fruits or vegetables) is a simple way to reduce the amount of sodium in the diet, Heller said.

And ultimately, the advice circles back to the holistic, healthy eating approach: many of the sodium-laden packaged foods in our diet are also filled with sugar and unhealthy fats, she said.

Having colorful food on your plate is a good visual cue of a healthier meal, Heller said. "When we stand back and look, our plates need to look prettier," she said.