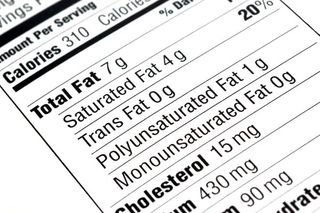 Americans' interest in low-sodium foods has declined slightly in recent years, and may continue to drop in the future, according to new market research.

In 2010, an estimated 68 percent of Americans said they were trying to cut back on sodium in their diet, but that dropped to an estimated 64 percent in 2013, according to NPD Group, a market research company.

In addition, the percentage of Americans who said they read nutrition labels to find foods' sodium content dropped from 41 percent to 39 percent over the same three-year period, NPD Group said. [4 Tips for Reducing Sodium in Your Diet]

The findings come as public health messages continue to advocate for people to consume less sodium. The 2010 U.S. federal dietary guidelines recommend that people limit the salt in their diet to 2,300 milligrams per day, and that some people, including middle-age and older adults and people with high blood pressure, limit salt intake to 1,500 mg per day. A 2013 report from the Centers for Disease Control and Prevention found that 90 percent of Americans ages 4 and older consume too much sodium.

"Regardless of the available nutritional information and dietary guidelines, consumers are choosing to focus on what they deem important," Darren Seifer, a food and beverage industry analyst at NDP, said in a statement. Although people are paying less attention to sodium on nutrition labels, they are paying more attention to protein and sugar, Seifer said.

NPD forecasts that in 2018, the percentage of people who eat foods with low sodium or no salt labels will decrease by 1 percent, compared with 2013 levels.

However, some experts were skeptical about NDP's interpretation of its findings.

"I think they make a big deal" out of small changes, said Michael F. Jacobson, executive director of the Center for Science in the Public Interest (CSPI), a nonprofit consumer watchdog group. Jacobsonnoted that the 2010 and 2013 figures cited by NDP differ by just a few percentage points.

Interest in low-sodium foods has grown dramatically over the last decade, Jacobson said, pointing toa 2004 survey from the Food Market Research Institute that found that, at that time, only 7 percent of shoppers looked at the sodium content of their foods, Jacobson said.

"There's far, far more interest in sodium now than there was 10 years ago, and there will always be year-to-year variations" in the percentage of people who say they are concerned about salt in their diet, Jacobson said.

Still, Jacobsonsaid that, rather than relying on consumers to reduce their sodium intake, food manufacturers and restaurants should lower the amount of sodium in their foods.

"Individuals should read labels and look for lower sodium choices, but the country as a whole has not done that," Jacobson said. "We've had nutrition labeling for 20 years, and it just hasn't helped reduced sodium intake. The public health solution is to reduce sodium at its source — just don't put it into the food supply."

CSPI has urged the Food and Drug Administration to set limits on the amount of salt allowed in food. Last month, the FDA said it plans to release sodium targets for the food industry, and meeting the targets will be voluntary.