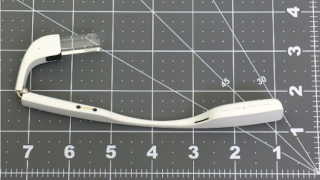 Google Glass is alive and well, and it could be coming to a workplace near you.

Although Google announced nearly a year ago that it would no longer be producing its futuristic Internet-connected spectacles, the company now appears to be working on a modified version of the product, for a different kind of user, according to Federal Communications Commission (FCC) filings posted yesterday (Dec. 28).

The new version of Google's product has been dubbed the "enterprise edition" or "Google Glass EE," according to the tech website 9to5Google, which has been reporting the news of Glass' evolution from geeky prototype to workplace tool for months. [9 Odd Ways Your Tech Devices May Injure You]

The new Glass EE fits into Google's Glass at Work program, in which software developers create programs specifically for use with the voice-activated headset. Notable participants in the program include Advanced Medical Applications (AMA), which develops Glass-compatible software for doctors and surgeons, and several "enterprise software" companies that develop platforms that help large businesses manage their resources and information.

For months, rumors have been floating around that Google had distributed prototypes of the new Glass EE to some of its software developers, and now it appears that those prototypes were designed specifically with those developers (and the businesses they serve) in mind.

The FCC filings include an image of the device, and show that the new Google Glass EE looks like a slightly modified version of the old "explorer edition" Google Glass. One of the biggest changes in its design is a pair of hinges, which allow users to fold the glasses up just like regular eyeglasses (that's something you couldn't do with the first version of the product). And internal changes, like a longer-lasting battery and better heat management components, have been reported by 9to5Google and others.

If Glass EE is a success, then you might soon see more of Google's high-tech spectacles in hospitals, where surgeons can use the head-mounted display to broadcast surgeries to students and communicate with colleagues outside of the operating room.

The device could also come in handy in offices, where information technology (IT) employees could use it to keep track of employee devices or manage networks on the go.