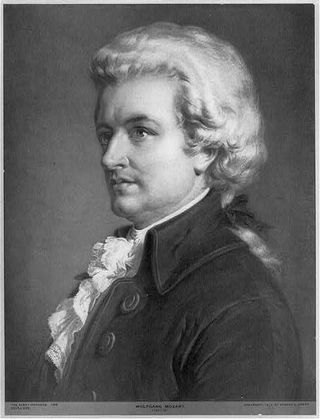 1756-1791 This musical prodigy was composing by age five and wrote his first symphony by age 10. As an adult, his music was extraordinarily complex, drawing influence from many different styles, and considered radical at the time. He composed more than 600 pieces—including concertos, operas, and symphonies—in his short life and is considered the most significant European classical composer.

VIENNA, Austria (AP)—It's a Mozart mystery as haunting as his "Requiem''—and apparently it won't be solved any time soon.

After months of sophisticated DNA sleuthing reminiscent of a "CSI: Crime Scene Investigation'' episode, forensics experts admitted Sunday on national television they still can't say with certainty whether an ancient skull belonged to the composer as some believe.

Past tests on the skull also were inconclusive, and a joint analysis conducted by the Institute for Forensic Medicine in Innsbruck and the U.S. Armed Forces DNA Identification Laboratory in Rockville, Maryland, raised more questions than answers, lead researcher Dr. Walther Parson conceded.

"For the time being, the mystery of the skull is even bigger,'' Parson's team concluded in "Mozart: The Search for Evidence,'' a much-hyped documentary aired Sunday evening on Austrian state broadcaster ORF in the run-up to the 250th anniversary of Mozart's birth.

Since 1902, the skull—which is missing its lower jaw—has been in the possession of the International Mozarteum Foundation in Salzburg, the elegant Austrian city where Wolfgang Amadeus Mozart was born on Jan. 27, 1756.

Parson, an internationally renowned forensic pathologist, said genetic material from two teeth removed from the skull was analyzed and compared with DNA samples gathered in 2004 from the thigh bones of two skeletons exhumed from the Mozart family grave at Salzburg's St. Sebastian Cemetery.

Experts had assumed the remains were of Mozart's maternal grandmother and a niece. But DNA analysis showed that none of the skeletons in the grave were related, making it impossible to prove that the skull was Mozart's, Parson said.

"The dead took their secrets to the grave,'' the documentary concluded.

Mozart died in 1791 at age 35 and was buried in a pauper's grave at Vienna's St. Mark's Cemetery. The location of the grave was initially unknown, but its likely location was determined in 1855.

Legend has it that Joseph Rothmayer, a gravedigger who knew which body was Mozart's, sneaked the skull out of the grave in 1801. Today, the spot is adorned by a column and a sad-looking angel.

The skull long has fascinated experts: In 1991, a French anthropologist who examined it made the startling—though unconfirmed—conclusion that Mozart may have died of complications of a head injury rather than rheumatic fever as most historians believe.

Pierre-Francois Puech of the University of Provence based his belief on a fracture on the left temple. Mozart, he theorized, may have sustained it in a fall, and that would help explain the severe headaches the composer was said to have suffered more than a year before his death.

This year's 250th anniversary has inspired a flurry of revelations about virtually every aspect of Mozart's brief but musically prolific life and the circumstances surrounding his death.

A researcher, Otto Biba, claims in a new book he has uncovered evidence suggesting the composer was far from poor, and that at the height of his career he earned the equivalent of $45,000 a year in today's terms.