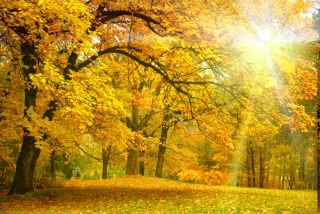 On Sunday, Nov. 1, it's time to wind back the clocks. Or is that forward? Wait, are we losing an hour, or gaining one?

Part of the frustration is biological. Changing the clocks messes up sleep — a factor that some studies say harms people's health. Research finds an increase in heart attacks the day after a daylight-saving clock change, and many people report jet-lag-like symptoms. There is mixed research on whether daylight saving time causes an uptick in car accidents as a result of groggy drivers. [5 of the Most Precise Clocks Ever Made]

But much of the antipathy toward daylight saving time stems from practicality. Though the brain is not a perfect timekeeper, research suggests people do have a sort of internal "clock" that helps them keep track of how much time is passing. Many brain regions appear to be involved in this process, but activation in the insular cortex —located between the temporal lobe and the parietal and frontal lobes — may play an important role, according to a 2013 article in the journal Nature Reviews Neuroscience.

More objective measures of timekeeping go way back: Ancient Egyptians divided the day into 12 hour-long segments, and used both astronomy and devices called water clocks to track the hours. Water clocks date back to at least the 16th century B.C., according to THEMUSEUM, a science and art museum in Ontario. These clocks worked by letting water drip slowly out of an opening at the base; markers on the bowl recorded the hour based on the water level. Other ancient timekeeping methods included sundials and candle clocks, which worked like water clocks except by melting wax rather than by dripping water.

None of these methods is amenable to human manipulation; you can't easily un-melt a candle clock or force a sundial to spring forward an hour. But some later water clocks did feature adjusted markings for different times of year, more or less keeping people in sync with the sunlight.

Mechanical clocks, first invented in the late 1200s, according to the University of Houston's Engines of Our Ingenuity science program, are easier to mess with. And mess with them we have, since at least World War I, when Germany first instituted a "spring forward" to better match up daily activities with daylight and save fuel for the war effort. Other countries, including the United States, did the same. Most went back to a single, year-round clock after the war ended, but often not with ease. In the United States, President Woodrow Wilson favored keeping daylight saving time, David Prerau, author of "Seize the Daylight: The Curious and Contentious Story of Daylight Saving Time" (Thunder's Mouth Press, 2005), told Live Science in 2012. Rural farmers hate the idea (cows need milking at the same time each day, regardless of what the clock says). Congress passed a repeal, Wilson vetoed their bill, and Congress actually overrode the veto — something that's happened only 110 times in U.S. history, according to Senate records. Daylight saving was reinstituted during World War II and became uniform and (seemingly) permanent in 1966.

Clearly, daylight saving time is an emotional subject. And why not? Some of the effects are just plain weird.

The time warp was due to daylight saving time: The clocks had fallen back in the half-hour between the births. This loophole has been exploited in other ways. In his book, Prerau tells of a Delaware man who got his draft number changed during the Vietnam War by pointing out that by official standard time, his birthday was a day earlier than officially recorded.