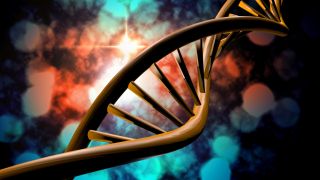 If you were genetically predisposed to a certain disease or condition — even if there was nothing you could do to treat it — would you want to know about it?

When genetic testing is done in adolescents, they don't have the option to learn about these types of results — but a new study reveals that teens would overwhelmingly prefer to know.

In the new study, the researchers surveyed a group of adolescents and found that 83 percent of them would prefer to know the results of a genetic test, even if the results were about conditions that would not affect them until adulthood. [7 Diseases You Can Learn About From a Genetic Test]

The researchers focused specifically on genetic findings unrelated to the actual reason the teen was being genetically tested (called incidental findings) that were out of the teenager's control, meaning he or she couldn't take any steps to prevent or treat the disease until adulthood (called nonactionable).

When adults undergo genetic testing, there's a huge consent process, and they can decide whether they want access to any incidental findings, said lead study author Dr. Sophia Hufnagel, a pediatric geneticist at Children's National Medical Center in Washington, D.C.

By contrast, adolescents can't opt in or out of getting the "nonactionable" results of a genetic test, Hufnagel told Live Science.

Genetic testing is a "very complex issue, but teenagers seem to be able to understand the issue enough to have a say in their involvement," she said. "No matter how old they were, 12 or 18, they were easily able to talk about the pros and cons" of genetic testing, she said.

More than three-quarters of the students (83 percent) said they'd want to know "nonactionable" results. When asked why, 39 percent of the students responded that they'd like to know in order to help plan their future.

"Even if there was no way to prevent or treat [a condition that came up], they still felt that the information was important to them," Hufnagel said.

Hufnagel stressed that, like adults, each adolescent patient should be considered on a case-by-case basis. A blanket recommendation can be harmful, she said.

The study did have its limitations. For example, all of the students in the study were healthy, so the researchers were asking about a hypothetical situation, Hufnagel said.

In real life, patients coming in with real conditions may be less likely to get tested, she said.

Genetic testing has significant psychological implications, for both parents and children, said Elsa Reich, a certified genetic counselor and professor of pediatrics at New York University School of Medicine who was not involved in the study.

Knowing this type of information can be a burden, Reich told Live Science.

Sometimes, adolescents genuinely want to know, she said. If they do, it's important to have a real discussion with them with a psychologist or a genetic counselor, and really give them time to think about it, she said.

The new study was presented today (Oct. 9) at the American Society of Human Genetics 2015 annual meeting in Baltimore. It has not yet been published in a peer-reviewed journal.