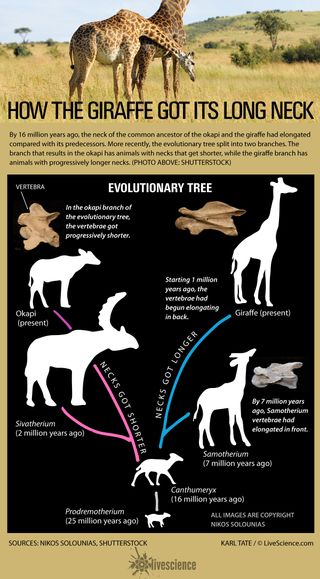 By 16 million years ago, the neck of the common ancestor of the okapi and the giraffe had elongated compared with its predecessors. More recently, the evolutionary tree split into two branches. The branch that results in the okapi has animals with necks that get shorter, while the giraffe branch has animals with progressively longer necks.