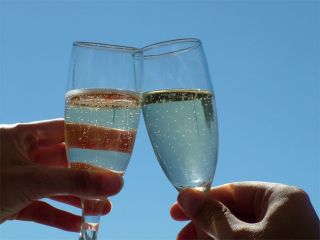 They can put a man on the moon, the saying goes, but they can't come up with a decent hangover cure. Considering how hangovers have been afflicting humans since time immemorial, you'd think that finding a cure would be a major public health goal, right up there with clean water and female literacy. Yet there's no war on hangovers, as there is with cancer. There's no multinational race to find the hangover gene. What's the National Institute on Alcohol Abuse and Alcoholism working on, anyway? Sure, sure, you can just not drink that much. But what kind of cure is that? Researchers are trying to find the fat gene so that we can eat junk food and never exercise and continue to be healthy. You'd think there would be a similar effort when it comes to imbibing. If ever a Nobel Prize was merited, it would be for the team that finds a hangover cure. Hair of the dog Instead, all we have are homemade remedies that don't work. A study published in the British Medical Journal in December 2005, and downloaded heavily every December since, reviewed various hangover cures and found none to be better than placebos. That is, you could leave the vodka out of your morning Bloody Mary for the same soothing effect this remedy is said to bring. British painter Francis Bacon summed up the situation with his extensive research. "I have never found any panacea for a hangover," he said. "I don't think one exists apart from suicide." But cures from around the world seem no more pleasant than suicide: spicy beef-blood soup in Korea; yogurt and garlic in Turkey; pickle juice in Poland; pickled herring in Germany; Vegemite in Australia; and menudo, the tripe soup, in Mexico, not to be confused with the boy band Menudo, certain to make your hangover worse. Too many symptoms One reason why there's no cure is that the hangover encompasses so many symptoms. The hangover, or as you barroom trivia experts might call it, veisalgia, is caused by the toxic effects of alcohol. First is dehydration: Through a cascade of chemical events, alcohol tells your kidneys to urinate more. Even if you're drinking watered-down American beer, you will excrete more water than you take in. This is the primary cause of the headache and dry mouth. Next, alcohol irritates the stomach lining, causing nausea. Also, byproducts of alcohol metabolism inhibit the production of glucose and certain nutrients, resulting in low blood sugar levels and mild vitamin and electrolyte deficiencies. This leads to fatigue, shakiness and irritability. The lack of the brain-fuel glucose makes it hard to concentrate and likely the sensitivity to light and sound. Most alcoholic beverages have chemicals collectively known as congeners, which include various types of alcohol more toxic than ethanol. Pure (read, expensive) vodkas and gin have few if any congeners, so drinking these lowers the chances of having a bad hangover. Darker drinks such as whiskey and red wine are loaded with congeners; indeed, they instill much of the flavor of these drinks. Better than nothing Water goes a long way in minimizing hangover pain. Drinking water between cocktails won't hydrate you that much but it might cause you to drink less. Drinking a glass of water before sleep (assuming you haven't passed out) and then through the next day can greatly minimize your pounding headache. If your stomach can tolerate it, aspirin is better than pain relievers containing acetaminophen, such as Tylenol, because mixing alcohol and acetaminophen can cause liver damage, particularly if you make a habit out of it. Sports drinks or bouillon soup can help replace lost electrolytes. Bananas aren't bad because they contain fructose (to improve blood sugar) and potassium (electrolyte) and can help settle your stomach. Worse than nothing Coffee might perk you up, relieving one symptom, but ultimately you are worse off because caffeine is a diuretic, making you even more dehydrated. Alcohol, the hair of the dog that bit you, merely has a numbing effect that puts more stress on your liver. You might feel better, but your body is worse off. Alas, the hangover just might be nature's way of telling us to drink in moderation.