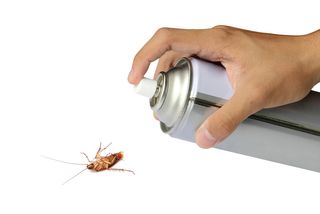 Children who have been exposed to certain pesticides used in homes may have an increased risk of childhood cancers, according to a new analysis of previous studies.

"Remember that pesticides are designed and manufactured to kill organisms," said study author Chensheng Lu, of Harvard T.H. Chan School of Public Health in Boston, Massachusetts. Parents should avoid using these chemicals in the vicinity of their kids, and in places where the kids spend a lot of time, Lu told Live Science.

In the new analysis, the researchers looked at the children's exposure to three types of pesticides: indoor insecticides, outdoor insecticides and herbicides. The largest of the studies included nearly 1,200 children with cancer. [Top 10 Cancer-Fighting Foods]

The investigators also found that children who had been exposed to herbicides were also 26 percent more likely to be diagnosed with childhood leukemia than those who had never been exposed.

However, the researchers did not find an association between the use of outdoor insecticides and childhood cancers, according to the analysis.

Previous research has suggested that the use of pesticides may affect children's health more than adults' health. Children may be particularly vulnerable because their immune systems are still developing, and therefore may provide less protection than adult immune systems. Their bodies "may be less able to detoxify and excrete pesticides than those of adults," the authors of the new analysis wrote.

Studies have also shown that children have experienced acute toxic effects on their respiratory, gastrointestinal, nervous and endocrine systems as a result of exposure to pesticides at home or school, the researchers said.

Because the use of pesticides is increasing, "public health policies should be developed to minimize childhood exposure to pesticides in the home," the researchers wrote in the new analysis. Meanwhile, parents, teachers and doctors should learn about common types of pesticides and labeling information, and be aware of the potential health effects of those chemicals, they added.

"Every effort should be made to limit children's exposure to pesticides," the researchers noted.

The study was published today (Sep. 14) in the journal Pediatrics.