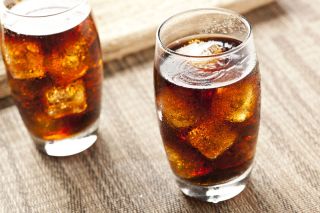 Coca-Cola has given a million dollars to a new research organization that has pushed a message that lack of exercise is a bigger factor in the obesity epidemic than is calorie consumption. Science, however, still counts calories as the main driver of weight gain for most people.

"There's an overwhelming amount of research demonstrating that, from an individual perspective, the key is decreasing calories modestly to successfully lose weight over time," said Dr. Pieter Cohen, an assistant professor of medicine at Harvard Medical School. "It's certainly great to add exercise, but to suggest that it's the solution to the obesity epidemic … is ridiculous," Cohen told Live Science. [Lose Weight Smartly: 7 Little-Known Tricks That Shave Pounds]

The new nonprofit organization, called the Global Energy Balance Network (GEBN), received $1.5 million from Coca-Cola last year to help launch the organization, according to The New York Times. (Energy balance means consuming as many calories as you burn to maintain weight.)

In a statement, Steven Blair, a professor of exercise science at the University of South Carolina Arnold School of Public Health and a member of GEBN, said that although the media have focused on "blaming fast food" and sugary drinks for the obesity epidemic, "there's really virtually no compelling evidence that that, in fact, is the cause."

On its website, the GEBN does not deny that good health involves both eating a healthy diet and doing exercise. But the organization's website also says there is "strong evidence that it is easier to sustain at a moderate to high level of physical activity (maintaining an active lifestyle and eating more calories)" than it is to be sedentary and eat fewer calories. In an editorial published in 2014, several members of GEBN wrote that increasing physical activity "may be more achievable than reducing [calorie] intake" for energy balance.

However, Cohen disagreed with this message.

An exercise program by itself typically doesn't lead to much, if any, weight loss, Cohen said. One reason for this is that exercise increases appetite, which can lead people to eat more, Cohen said. Exercise also causes the body to produce more muscle, which is heavier than fat tissue.

In addition, it's usually easier to cut calories out of the diet than it is to exercise at the levels needed to burn enough calories for weight loss.

For example, in general, experts say a person needs to cut 500 calories a day from his or her diet to lose 1 lb. (0.45 kilograms) a week. In theory, it would be possible to burn 500 calories through exercise instead of caloric restriction, Cohen said. But this would be difficult, because burning this amount of calories through exercise takes time, and in order for the strategy to work, people could not consume a single calorie more than they do already, despite their increased activity.

However, James O. Hill, president of GEBN and a professor at the University of Colorado School of Medicine, said that the suggestion that GEBN promotes exercise as more important than diet in addressing obesity "vastly oversimplifies this complex issue."

"Diet is a critical component of weight control, as are exercise, stress management, sleep, and environmental and other factors," Hill said in a statement. "The problem does not have a single cause and cannot be addressed by singling out only one of those factors in the solution," said Hill, who added that research from GEBN is not subject to pre-approval from Coca-Cola.

But advice from the Mayo Clinic also supports the view that diet is more important than exercise when it comes to shedding the pounds. "Cutting calories through dietary changes seems to promote weight loss more effectively than does exercise and physical activity," Dr. Donald Hensrud wrote in a column for Mayo Clinic. "For most people, it's possible to lower their calorie intake to a greater degree than it is to burn more calories through increased exercise."

But Cohen stressed that exercise should still be part of a weight-loss program. When people exercise, they create more muscle, which helps boost metabolism. Researchers think that this increase in metabolism helps people maintain the weight they've lost, Cohen said.

Editor's note: This article was updated to include a statement from professor Hill, president of GEBN.