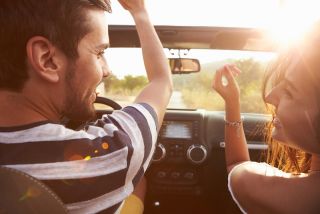 More and more couples are postponing having children as they try to balance their careers and other life goals with their desire to have kids. But, at the same time, couples who wait too long may run into fertility problems or wind up unable to have kids. So, what's a couple to do?

A new study from the Netherlands attempts to help answer that question. Researchers estimated the maximum age at which a woman should start trying to become pregnant, depending on how many children she wants to have and whether she is open to using in vitro fertilization (IVF), given that fertility declines progressively with a woman's age. (The researchers noted that men's fertility may also change with age, but not nearly as much as women's, so they focused on women's age in making their estimates.)

However, if the woman and her partner are willing to use IVF, or if they will accept a lower chance of success, they can start quite a few years later — in some cases, 10 or more years later, the study found.

"The latest female age at which a couple should start trying to become pregnant strongly depends on the importance attached to achieving a desired family size, and on whether or not IVF is an acceptable option in case no natural pregnancy occurs," the researchers said.

When to start a family

The model also considered that some couples who have trouble becoming pregnant will use IVF.

Couples who don't want to use IVF but who will accept a 75 percent chance of success (instead of a 90 percent chance), can start as late as age 37 for one child, 34 for two children and 31 for three children, the researchers said. [How Long Can You Really Wait to Have Kids? See All Graphs]

Couples who are willing to use IVF and who want a 90 percent chance of achieving their desired family size should start trying to get pregnant when the woman is no older than 35 for one child, 31 for two children and 28 for three children, the researchers found.

If a couple is willing to use IVF and accepts a 75 percent chance of becoming pregnant, they can start as late as age 39 for one child, 35 for two children and 33 for three children.

"Couples who want a high (i.e., 90 percent) chance of having a two-child family may be surprised to find out that they have to start at age 31 years at the latest when accepting IVF, and as early as 27 years of age when they intend not to use IVF," the researchers wrote in the July 15 issue of the journal Human Reproduction.

"On the other hand, the results may be reassuring for couples" who want only one child or are willing to accept a lower chance of success, said the researchers, from Erasmus University Medical Center in the Netherlands.

The new study focused on female age because studies have shown that the age of the female partner is a much more important factor than the age of the male partner in terms of the effect on fertility, the researchers said. Men's decline in sperm quality tends to occur much later in life, after age 60, according to the American Society for Reproductive Medicine.

Dr. Evelyn Mok-Lin, a reproductive endocrinologist and assistant professor in the Department of Obstetrics, Gynecology and Reproductive Sciences at the University of California, San Francisco, said that overall, the new estimates are reasonable, although there are some differences between the Netherlands and the United States that might mean that U.S. women can delay childbearing for slightly longer than shown in the study's results.

In addition, U.S. women who have trouble becoming pregnant generally start IVF sooner than the model assumes, which would mean the whole process would take less time, and so the recommended "start time" could be delayed a few years, Mok-Lin said.

Dr. Melissa Goist, a clinical assistant professor of obstetrics and gynecology at Ohio State University's Wexner Medical Center, noted that although the researchers used accurate information in making the estimates, it's hard to apply the findings to the real world.

"I can't tell a patient at age 27, 'You need to find a husband because you want to have three kids,'" Goist said. "There's too many variables that play a role in family planning."

Women should start trying to become pregnant when they feel they are ready for a family, Goist said. "You can't live your life based on a predictive model of things," she said.

However, the researchers said misconceptions about how age affects fertility are common — surveys suggest that many young people are too optimistic about their chances of conceiving after age 35. The new estimates "may help to increase public awareness on human reproductive possibilities and limitations," they said.

Mok-Lin agreed. "I often see women who are 40 and above, who come in and are surprised,” to learn that on average, 60 percent of women’s eggs are abnormal by that age, Mok-Lin said

The new findings could be a reminder for women, patients and ob-gyns "to be realistic about their chances of fertility," Mok-Lin said.

The findings apply to couples without known fertility problems, for which age is the only known factor affecting their fertility, the researchers said.