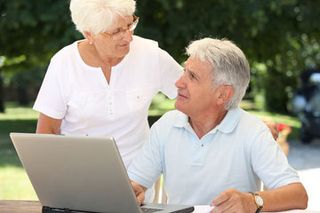 The world's oldest new dad, who, at the reported age of 96, just fathered a baby boy in India, says he's done having kids. But if he wanted to break his record again in a couple years, would biology allow it?

Though sperm production does usually keep up until a man's dying day, it's a misconception that "biological clocks" are only of concern to women.

The effects of aging on fertility have been studied far less in men than in women, but research shows that both volume and quality of semen generally fall off as a man gets older.

A 2004 study published in the American Journal of Obstetrics and Gynecology found that, among a sample of couples using in vitro fertilization, every additional year of a man's age corresponded to an 11-percent increase in the odds that a couple would not achieve a pregnancy.

A growing body of research also shows that, like women, men's chances of fathering children who have genetic abnormalities increase as they age. Random mutations in a man's sperm pile up as time goes on, and passing on more genetic mutations to a child can increase his or her odds of developing autism, schizophrenia and other diseases, according to a recent study published in the journal Nature.

Still, every man is different, and it seems that deteriorating sperm quality can be combated. Ramajit Raghav, the 96-year-old new father, reportedly eats a diet rich in vegetables and almonds, and he claims to have sex three times a night, both of which may positively affect his sperm.

Recent research from the Department of Energy's Lawrence Berkeley National Laboratory showed that diets high in vitamin C, antioxidants, vitamin E, zinc and folate (the latter four of which are found in almonds) can prevent DNA damage from accumulating in sperm.

And an Australian study presented at the annual meeting of the European Society of Human Reproduction and Embryology in Amsterdam in 2009 found that daily ejaculation helped reduce DNA damage in sperm for the majority of men, though it increased DNA damage in some.