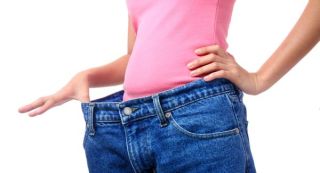 Past studies showed a similar effect of stress in animals.

"If you subject humans to very severe stress for a prolonged period of time, then even humans can turn their white fat into brown fat," said study co-author Labros Sidossis, a geriatric medicine researcher at the University of Texas Medical Branch in Galveston.

The new findings are based on studies of victims with severe burns, and there is no evidence that the stress of work deadlines or even traumatic events would cause the same effect, the researchers said. Still, once researchers understand the how stress causes white fat to brown, there may be a way to mimic that process in future weight-loss drugs, Sidossis said. [13 Kitchen Changes That Can Help You Lose Weight]

It's long been known that babies have large quantities of brown fat, and this fat helps them to stay warm because they cannot yet shiver. But most researchers believed adults had no brown fat until 2007, when researchers found a small pocket, of just a few grams, around the neck area.

Follow-up studies showed that fat cells of one type can convert to a different type. For example, rats with a genetic tweak that silenced an appetite-stimulating hormone converted white fat into brown fat, according to a 2011 study in the journal Cell. Other work found that a compound called berberine could transform white fat into brown fat in rodents. And a 2015 study in The FASEB Journal showed that subjecting mice to severe cold could transform ordinary fat into the calorie-burning kind.

To see whether stress in humans could similarly convert fat, Sidossis and his colleagues studied 72 patients who had suffered severe burns to over half of their bodies, and compared them with 19 people who had not been burned. The team took samples of white fat from the patients over the course of their treatment, studying the cells' makeup and metabolism.

The white fat gradually changed, but only in the burn victims. These cells acquired more mitochondria, the energy-burning powerhouses of the cell, according to the study published today (Aug. 3) in the journal Cell Metabolism.

In addition, the cells started to make more of a protein called uncoupling protein 1. This protein kicks into gear in response to the stress hormone adrenaline, and prompts the mitochondria to burn calories to produce heat, rather than chemical energy.

The white fat didn't turn completely into brown fat: If it did, people would quickly die, because their fat would start burning thousands more calories per day than it normally does, Sidossis said. But the transformed white fat seemed to lead to an increase in energy expenditure, of about 200 calories per day, as well as lower blood sugar levels, he said.

The findings suggest that white fat can "brown" in response to the severe, prolonged stress, Sidossis said.

In general, the physiology of brown fat could one day point the way to a weight-loss aid, but that drug probably wouldn't be a miracle pill, said Jan Nedergaard, a biologist at the Wenner-Gren Institute at Stockholm University in Sweden, who was not involved in the current study.

"As we get older, brown fat activity does diminish," Nedergaard told Live Science. "I think that is associated with the tendency to become a little more round with the years."

So it may be possible to reverse this slowdown in brown fat activity, and prevent the resulting creep upwards in weight. But it probably won't help the pounds melt off in the obese, he added.