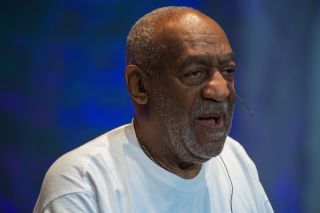 Allegations that comedian Bill Cosby drugged and raped multiple women since the 1970s have brought a controversial psychological term to the surface: somnophilia, a fetish for sex with a sleeping person.

The definition is straightforward enough — somnophilia is sometimes known by the nickname Sleeping Beauty syndrome. But use of the term is quite different in psychology and in the legal system. In fact, sexual fetishes, or paraphilias are a hot-button topic in the psychological community.

"Paraphilias and things like sexual sadism are not really used by psychologists and therapists," said Anna Randall, a clinical psychologist and sex therapist who practices in San Francisco and Silicon Valley. "We don't generally diagnose somebody with that." [Hot Stuff? 10 Unusual Sexual Fixations]

In the latest version of the Diagnostic and Statistical Manual (DSM), the mental health "bible" published by the American Psychiatric Association, unusual sexual fixations are described as paraphilias. This category includes everything from the benign (say, an obsession with shoes) to the dangerous (pedophilia).

If a person is fine with their shoe fetish, it's not a mental disorder. If, on the other hand, the fixation is distressing to a person, or if it harms others, it crosses the line into a paraphilic disorder.

Many mental health professionals see the "harm to others" distinction as muddying the waters, confusing criminality with mental illness. If someone is harming other people in the name of a fetish, the fetish itself is rarely the problem, Randall told Live Science.

"If somebody is doing something that is violating people's personal rights, they're more likely to have antisocial personality disorder, or they're a psychopath or a sociopath — where they don't either know what right or wrong is or they don't care," she said.

Sex "isn't the problem, it's a symptom," Randall said.

Cosby is alleged to have used Quaaludes and Benadryl to drug and rape women. Excerpts from a 2005 deposition in which Cosby admitted acquiring these drugs were released last week in response to an Associated Press request. Cosby maintains that the women consented to the drugs and encounters.

In response to the release of excerpts from the deposition, the lawyer for one of the alleged victims, Andrea Constand, brought up somnophilia. The lawyer, Dolores Troiani, asked for the complete transcripts to be released, saying that they included questions and answers with Cosby about additional sexual interactions, according to Yahoo News.

"Although some of the women engaged in consensual relations with Cosby, their accounts substantiated the defendant's alleged predilection for somnophilia," Troiani wrote.

The rape allegations may have little to do with somnophilia, however. If Cosby is guilty, it's possible that he had fantasies of sex with sleeping women, Randall said. It's also possible that the drugs were just a way to prevent the women from fighting back.

"If we were to say that every college kid who has sex with a drunk girl is a somnophiliac, that would be a pretty big stretch," Randall said. "Or that everybody who drugs somebody in the bar with a roofie is a somnophiliac. We'd have an awful lot of somnophilia around."

In fact, Randall said, somnophilia is rarely seen in clinical practice. "This is not in the top 10 of common fetishes," she said.

Ultimately, somnophilia is a side show in the question of Cosby's guilt or innocence, Randall said.