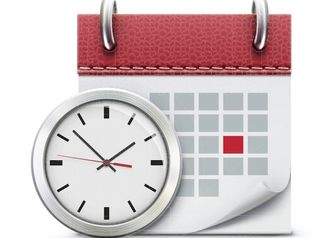 (Image: © Calendar with clock via Shutterstock)

An update to Apple's Health app that is set for release this fall will let users track their sex lives, but experts say this tracking feature alone has little value for people's health.

Rather, it's only when information on sexual activity is integrated with other measures — such as the date of a woman's last menstrual period — that such tracking becomes useful, experts said.

The sexual-activity tracking feature will be included as part of a new "reproductive health" section within Apple's Health Kit app, which will be available with the iOS9 update. Users will be able to log the day and time that they had sex, and whether they used protection, according to news reports.

A simple log of your sexual activity is not very useful by itself, except to perhaps make people feel good or bad about themselves, said Dr. Elizabeth Kavaler, a specialist in female urology at Lenox Hill Hospital in New York City. "It just seems like a really narcissistic, self-satisfying [feature]," Kavaler said. [Sexy Tech: 6 Apps That May Stimulate Your Love Life]

If people wanted to use the data to improve their sexual health, they would need more information, Kavaler said. For example, if you wanted to keep track of all your sexual partners so that you could notify them in case you contract a sexually transmitted disease (STD), it would help to be able to input people's names, Kavaler said, although she noted that this would raise privacy concerns.

Or, if researchers wanted to use Health Kit information to track outbreaks of STDs, they would want to know whether a person had recently traveled to another country, and how many sexual partners they had had in the past three months, Kavaler said.

Victoria Jennings, director of the Institute for Reproductive Health at Georgetown University, agreed that data on sexual activity by itself is not very useful. "In the absence of its connection to something else, it's hard to see what the health purpose would be," Jennings said.

Still, "it could potentially be useful, depending on what people want to use if for," and what context they use it in, Jennings said. For example, the app could help people become pregnant or avoid unplanned pregnancies, but they would need to collect more information related to fertility, such as the date of their last menstrual cycle.

Apple's Health Kit will also allow users to track other measures important for reproductive health, including menstrual cycles, ovulation test results and cervical mucus quality. (Tracking these factors can help a woman know when she's more likely to get pregnant.)

But if this information is kept separate — as it will be in the Health app, where each measure is presented in a different graph — it could be hard for a user to put all the information together so that it's meaningful, Kavaler said.

Users can also allow third-party apps to access information from Health Kit, so other apps could potentially access this data and integrate it for users, and it will be interesting to see if new apps are created to do this, Kavaler said. But Jennings noted there are already apps that track information on reproductive health for fertility purposes.

Still, Apple's inclusion of reproductive measures in Health Kit, including menstrual cycles, addresses criticism that the company received last year for not incorporating these features. But other than the feature that tracks sexual activity, the rest of the "reproductive health" measures are female-only. Perhaps now it's the men's turn to speak up for additional tracking (sperm count, anyone?).