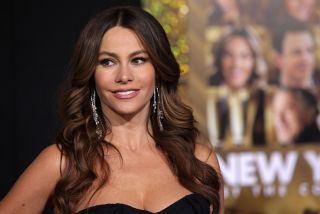 The fight between actress Sofia Vergara and her ex-fiancé Nick Loeb over the fate of the couple's frozen embryos may hinge on one question: whether the contract the couple signed gives one party or both parties a say in what happens to the embryos, experts say.

On Thursday, news outlets reported that Loeb filed a lawsuit to stop Vergara from destroying the frozen embryos the couple created when they were together.

The resolution to such disputes "has to do with the contract signed by both parties," said Joshua Forman, a family law expert at Chemtob Moss & Forman, LLP, in New York City. "Some contracts require both parties' consent to implant or destroy the embryos. Some require only one party."

In November 2013, the couple had some of Vergara's eggs fertilized by some of Loeb's sperm, and the resulting embryos were frozen at a clinic in Beverly Hills, California, In Touch Weekly reported. Now that the couple has broken up, Loeb claims he never agreed in writing to destroy the embryos, which he says would violate his pro-life views. [5 Myths About Fertility Treatments]

Loeb says the fertility center gave the couple forms to determine what should happen to the frozen embryos if he or Vergara died, but not if the two separated, In Touch Weekly reported. Loeb says that he did sign an agreement stating that in the event that one of them died, "the Female Embryos [would] be thawed with no further action." But he claims he only did it because Vergara was emotionally and physically abusive toward him.

Forman said he represented a client in a similar situation. In that case, the contract required both parties' consent to use the embryos, but the male party wouldn't consent. The two ended up brokering a settlement in which the man paid for the woman to obtain embryos from a donor.

Ultimately, in cases like these, what happens to the couple's embryos depends on the judge they get, Forman said. Most judges would probably go by what the contract says, but some judges might feel strongly about the pro-life issue and override the contract, he said.

Most licensed clinics have a consent process to avoid these situations, said Dr. Tomer Singer, director of the egg-freezing program at Lenox Hill Hospital in New York City. When Singer's patients decide to begin in vitro fertilization, he has a discussion with them about what to do with the embryos if either or both partners die, or if the two separate or divorce, he said.

If one partner dies before the embryos are used, the surviving partner — male or female — has the option of discarding or donating the embryos. This donation can be to the individual's current partner, to another couple or to research. The couple can also specify what to do with the embryos if both partners die, or become separated or divorced.

"We do not discard the embryos without consulting with the couple," Singer told Live Science.

A woman's fertility decreases much more rapidly than a man's, and the procedure of harvesting eggs from a woman is much more intense than donating sperm, Singer said. However, women do not have more say in what happens to the embryos, he said. The situation is much easier if a woman simply has her eggs frozen, because then she has the final say over what to do with them, he added.

"If you're a single woman who is dating someone, like Sofia[ Vergara was], egg freezing would probably be the better way to go," Singer said.

Frozen embryos can survive for up to at least 20 years, according to medical reports.