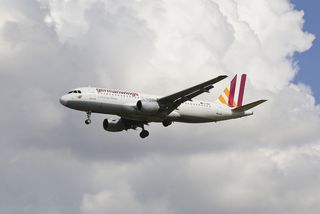 Investigators may never know exactly why Germanwings co-pilot Andreas Lubitz carried out what is believed to have been a deliberate plane crash in the French Alps on Tuesday, but mental health experts say that any mental illness that Lubitz may have had is just one possible contributor to the tragedy.

Most people with mental health disorders do not hurt other people, studies show. Other factors, such as feelings of isolation or anger, or drug and alcohol abuse, are often involved when people commit unimaginable acts, such as deliberately crashing a plane, said Seena Fazel, a professor of forensic psychiatry at the University of Oxford in England.

At Lubitz's home, investigators found a doctor's note that excused him from work on the day of the crash, and another note that had been ripped up, The New York Times reported. Germany's Spiegel magazine reported that police found information suggesting that Lubitz had a mental health problem, though this has not been confirmed.

Mental illnesses, including depression and schizophrenia, have been linked to a slightly increased risk of being convicted of a violent crime, studies suggest. But even if Lubitz had mental health problems, that doesn't necessarily explain why he apparently flew a plane full of people to their deaths, Fazel said. [Top 10 Controversial Psychiatric Disorders]

A study that Fazel conducted of more than 47,000 people in Sweden found that people with depression are about three times more likely to commit a violent crime than people who are not depressed.

"You can say that someone [who's depressed] has a three- or fourfold higher risk of violence," Fazel told Live Science. "But if that only amounts to 1 to 2 percent more risk in a 10-year period — that's really a very small risk in absolute terms."

In these types of studies, it's also hard for researchers to separate the contribution that a mental health condition may make to a violent act from the contribution of other risk factors for violence, Fazel said.

For example, people with mental illnesses may abuse drugs or alcohol. A 2009 review study published in the journal PLOS Medicine found a link between schizophrenia and an increased risk of violence, especially homicide. But most people who committed violent acts also suffered from substance abuse, the researchers found.

Profile of a mass murderer

Studies show that mass murders, such as the shootings at Columbine High School or Virginia Tech, are most often committed by people who are male, under 40 years old, socially isolated, unemployed, bullied as a child and fascinated with weapons, especially guns, Fazel said.

But that list of characteristics is "so unspecific," that authorities could not use it to screen for potential criminals, Fazel said. "You'd end up screening a very large number of people."

And although some mass murderers do have histories of mental health problems, reports also suggest that many of them don't have an active mental illness at the time they commit their crimes, Fazel said.

"It's not so much a mental illness problem – it's young men who feel socially excluded, angry and disaffected," he said, although he noted that he couldn't say whether this was true in the case of the Germanwings co-pilot.

Investigators are still determining whether the Germanwings crash was a homicide-suicide. Such crimes are rare – a June 2009 review study published in the journal Suicide and Life-Threatening Behavior found that out of more than 110,000 homicides, only 8 percent were homicide-suicides.

Editor's Note: This article was updated at 11:48 a.m. ET March 28. An earlier version mistated the title of the journal The Lancet Psychiatry.