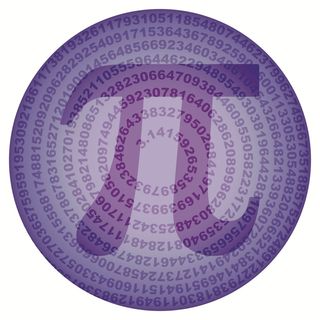 Every year, math enthusiasts celebrate Pi Day on March 14, because the date spells the first three digits (3.14) of pi, or π, the mathematical constant that represents the ratio of a circle's circumference to its diameter. This year, the event is even more special because, for the first time in a century, the date will represent the first five digits of pi: 3.14.15.

Pi is an irrational number, meaning it cannot be expressed as a fraction, and its decimal representation never ends and never repeats.

There are many ways to celebrate Pi Day, including consuming large amounts of its delicious homophone, pie. But a handful of people take their admiration further, by reciting tens of thousands of digits of pi from memory. [The 9 Most Massive Numbers in Existence]

Despite their impressive achievements, most of these people weren't born with extraordinary memories, studies suggest. They have simply learned techniques for associating strings of digits with imaginary places or scenes in their minds.

For many of these memory champions, the ability "to remember huge numbers of random digits, such as pi, is something they train themselves to do over a long period of time," said Eric Legge, a cognitive psychologist at the University of Alberta in Edmonton, Canada.

Expert pi memorizers often use a strategy known as the method of loci, also called the "memory palace" or the "mind palace" technique (like the one used by Benedict Cumberbatch's character in the BBC TV Series "Sherlock"). Applied since the time of the ancient Greeks and Romans, the method involves using spatial visualization to remember information, such as digits, faces or lists of words.

"It's one of the more effective, yet complex, memory strategies out there for remembering large sets of information," Legge told Live Science.

Here's how it works: You place yourself in a familiar environment, such as a house, and walk through that environment placing chunks of the information you wish to remember in various places. For example, you might put the number "717" in the corner by the front door, the number "919" in the kitchen sink, and so on, Legge said.

"In order to recall [the digits] in order, all you simply have to do is walk in the same path as you did when you were storing that information," Legge said. "By doing this, people can remember huge sets of information."

Anders Ericsson, a professor of psychology at Florida State University in Tallahassee, has studied Lu and others who have set records for reciting digits of pi, to find out how they achieved these stunning feats of memorization.

Like most other pi reciters, Lu used visualization techniques to help him remember. He assigned images such as a chair, a king or a horse to two-digit combinations of numbers ranging from "00" to "99." Then he made up a story using these images, which was linked to a physical location, Ericsson said.

A few years ago, Ericsson and his colleagues gave Lu, as well as a group of people of the same age and education level, a test that measured their "digit span" — in other words, how well they could remember a sequence of random digits presented at a rate of one digit per second.

Lu's digit span was 8.83, compared with an average of 9.27 for the rest of the group, according to the study, which was published in 2009 in the Journal of Experimental Psychology. The results suggest that, unlike some other memory experts who have been studied, Lu's skill in memorizing long lists of digits was not the result of an innate skill in encoding information. Rather, it was the result of years of practice, Ericsson said.

So does this mean anyone can learn to remember tens of thousands of digits of pi?

"There have been a lot of demonstrations showing that regular people, given training, can dramatically improve their performance" in memorizing long lists, Ericsson said. "But I have to be honest," he said. "When you make that commitment to memorize pi …we're talking years before you can actually reach record performances."