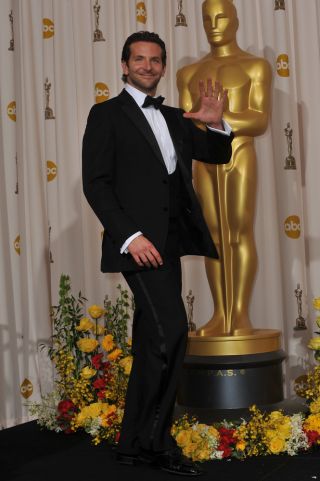 Sure, it's the most prestigious award that Hollywood has to offer, but that coveted Oscar statue might also be a bad omen for some of the actors who receive it, a new study suggests.

Male Oscar winners are three times as likely as other actors to get a divorce during their first year of marriage, the study found. And the news is nearly as bad for the runners-up. Male actors nominated for an Academy Award are twice as likely as non-nominated actors to later wind up getting a divorce from their spouses within the first year of marriage, according to the study.

"We always think about status and moving up as something good, but we also observed all the misery that comes with certain dramatic increases in status," Michael Jensen, a strategy professor at the University of Michigan's Ross School of Business and the study's lead author, told Live Science. [Oscar Time! Glitzy Facts About the Academy Awards (Infographic)]

Jensen, who studies social status in business organizations, said he wasn't surprised that winning a prestigious prize like an Oscar comes with some not-so-glamorous consequences. However, he said he was a bit surprised that the other negative effects of winning one of these awards are also personal. For decades, there's been a superstition circulating around Hollywood that winning an Oscar can actually destroy an actor or actress's career.

This career plummet is the so-called "Oscar curse" that is said to have originated with Luise Rainer, a popular film star who won two Oscars for best actress in the 1930s and then more or less fell off the map. Rainer allegedly blamed the prestigious awards for the steady decline of her career in the decades that followed. Since Rainer's time, many other stars — from Halle Berry and Catherine Zeta-Jones to Gwyneth Paltrow, Adrien Brody and Cuba Gooding Jr. — have also seen their stars fall at least a bit after they took home a golden statue.

But these professional downslides aren’t a widespread phenomenon, according to Jensen, who said this "Oscar curse" is really just a "Hollywood myth." The researchers came to this conclusion after creating a statistical model representing the professional and personal lives of 1,023 leading actors and actresses from 1930 (the year of the second annual Academy Awards ceremony) through 2005. The researchers looked at those who won or were nominated for either a leading or a supporting role.

"The real Oscar curse is not a professional curse, it's a personal curse. Moving up and suddenly becoming a big shot increases the likelihood of getting a divorce," Jensen told Live Science.

However, this personal-life curse seems to affect only male Oscar winners and nominees, not their female counterparts. Although Sandra Bullock, Kate Winslet, Reese Witherspoon and Hilary Swank are all recent examples of women who got divorced after winning an Oscar, the researchers found that statistically, female Oscar winners and nominees do not get divorced at a higher rate than other leading actresses, according to the study.

This discrepancy in the overall trends in divorce rates between Oscar-winning or Oscar-nominated men and women could have several explanations. Previous research suggests that men are likely to react more strongly to both the spoils of success (for example, the increased opportunities for extramarital affairs) and the negative emotions that may come from being nominated and then not winning, Jensen said.

The men of Hollywood should heed the study's warnings, the researchers said. This year's Oscars will be held on Sunday (Feb. 22) in Los Angeles.

The study was published online in the January edition of the journal Organization Science.