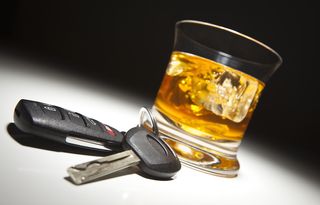 Half of the teen and young adult drivers who die in car crashes are under the influence of either pot, alcohol, or both, suggests a new study done in states where toxicology screening for accident victims is routine.

What's more, the increasing legalization and availability of marijuana does not seem likely to push alcohol use aside, the researchers said. The crash victims in the study who were over age 21 (and of legal drinking age) were more likely than younger victims to have used both marijuana and alcohol prior to their crash.

"Given the rapid changes currently underway in marijuana availability and permissibility in the U.S., understanding the effects of drug control policies on substance use behavior and adverse health outcomes, such as fatal motor vehicle crashes, has never been more important," study researcher Katherine Keyes, of Columbia University's Mailman School of Public Health, said in a statement.

Car crashes are the leading cause of death of 18- to 25-year-olds in the U.S., and driving under the influence is a major cause of accidents. Not every state conducts routine toxicology tests on car crash victims right after the accident, but those that do have come up with alarming results. For example, a 2012 study in the journal Addiction found that 57.3 percent of the drivers in this age group who died were on some kind of mind-altering substance, usually alcohol. [The History of 8 Hallucinogens]

For Keyes and her colleagues pulled data on 16- to 25-year-olds from the Fatality Analysis Reporting System (FARS), a federal database of fatal crashes. They focused on California, Connecticut, Hawaii, Illinois, New Hampshire, New Jersey, Rhode Island, Washington and West Virginia, because each of these states tests at least 85 percent of its fatal car crash victims for drugs and alcohol within an hour of the accident.

Next, the researchers wanted to know whether at-risk youth were using pot and alcohol as substitutes for one another; if so, the results might suggest specific policy changes. For example, they wrote in the open-access journal Injury Epidemiology, a large coalition of university presidents recently recommended lowering the legal drinking age to 18 in the hopes that access to alcohol would make other illegal drugs less appealing to 18- to 21-year-olds. That policy would only work, though, if young people tend to drop one drug in favor of another, rather than just double up.

Looking at the 16- to 25-year-old age range enabled the researchers to see how drug use changed in accident fatalities at the 21-year mark — the turning point when alcohol becomes legal. They found that at age 21, the likelihood of finding alcohol alone in the crash victims' systems went up 14 percent. At the same time, the likelihood of finding pot alone went down 24 percent.

But there was a catch: In victims over age 21, the chances of finding both alcohol and marijuana in the victims was 22 percent higher than in those under age 21. Ultimately, the researchers concluded, the availability of alcohol has little effect on young people's use of marijuana.

It's possible that young people who tend to use only one substance do switch from marijuana to alcohol at age 21, they wrote. But for others, who tend use more than one substance, the legality of alcohol seemed to actually increase the use of marijuana, as well.

"Taken together, we found no significant substitution effect between alcohol and marijuana," study researcher Guohua Li, director of Columbia University's Center for Injury Epidemiology and Prevention, said in a statement. "Rather, increased availability seems to increase the prevalence of concurrent use of alcohol and marijuana."