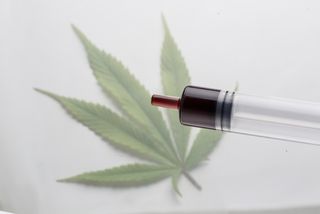 In a recent trend, parents of children with some forms of epilepsy are giving marijuana to their children in hopes of alleviating the seizures, but researchers say cannabis is not a proven treatment for childhood epilepsy, and people should wait for rigorous studies to decide whether the drug is safe or effective.

In fact, parents with high expectations may overestimate the effects of marijuana on children with epilepsy, said the researchers, who presented their data today (Dec. 8) at the meeting of the American Epilepsy Society in Seattle.

In one study, the researchers surveyed parents in Colorado whose children had epilepsy and were treated with marijuana. Parents who had moved to the state because it is legal there to use pot recreationally were three times more likely to report that cannabis helped their children, compared with families who already lived in the state. [11 Surprising Facts About Placebos]

"I can imagine these poor families, who are just desperate for anything to work," said the study's senior researcher, Dr. Kevin Chapman, an associate professor of neurology at the University of Colorado. However, it's concerning that the researchers found "that the biggest predictor of whether you respond was whether you actually moved from out of state."

Cannabis contains a number of chemicals that are thought to exert effects on the body and mind, said Dr. Shaun Hussain, the director of the University of California, Los Angeles Infantile Spasms Program.

The two big players are the compounds tetrahydrocannabinol (THC) and cannabidiol (CBD).

THC is associated with the high that comes with taking cannabis, and has also been shown to reduce nausea and increase hunger, Hussain said.

"It has traditionally been thought that CBD didn't do a whole lot, but attention has focused on CBD as the chemical that may reduce seizures," Hussain said. But research has yet to determine CBD's usefulness.

Some evidence is beginning to come in from surveys of families who have given the drug to their children.

In one study, Chapman and his colleagues looked at 58 children, average age of 7, who received marijuana for their epilepsy.

The parents of 18 of the 58 children reported that the number of seizures their kids suffered was reduced by half while they were taking the drug — suggesting that about 30 percent of the kids benefited. In addition, 29 percent reported their children showed improved alertness and improved behavior.

But the researchers had brain wave readings called electroencephalograms (EEGs) for 16 of the 58 kids in the study that were taken before and during treatment with marijuana. They found that just two kids showed signs of improvement, the researchers said. This translates to 12.5 percent of these kids seeing a benefit.

And meanwhile, negative side effects occurred in 47 percent of all the children in the study, with 21 percent of them having more seizures than before, 14 percent having sleepiness or fatigue, and 10 percent having more severe effects, including one child who needed intubation to help breathing, and another who died, although the researchers felt the death was unrelated to the cannabis.

One potential problem with the study is that some doctors took children off other medications they were taking when the children started taking cannabis extracts, which may have altered the chemistry within their bodies, Chapman noted. Also, cannabis may affect the concentration levels of other drugs the children are taking, which can also change how they respond to their epilepsy, the doctors said.

Marijuana from dispensaries may also have varying concentrations of its chemicals, and parents may be unsure of what dose to give their children, the researchers added. [11 Odd Facts About Marijuana]

The findings highlight the need for controlled studies, Chapman said. "By doing more placebo-controlled trials, I think we're going to get a better feel for whether it's beneficial for epilepsy," he said.

Another parent survey, by Hussain and his colleagues, also found the need for rigorous trials. That survey was given online to 53 parents of children who have infantile spasms or Lennox-Gastaut syndrome, who had taken marijuana extracts containing CBD.

The researchers found that 92 percent of parents said their children had fewer seizures after taking CBD, and 13 percent said their child was seizure-free. The kids had tried eight medications, on average, and had not been helped. The parents also said the drug helped their children sleep, and increased alertness and mood.

But these results should be taken with a grain of salt, Hussain said.

"This is generally a pretty desperate group of patients and parents, and I think they are highly invested in the belief and the hope that these cannabis extracts are truly effective," he said.

The third study is a case report of a family who began giving CBD to their 4-year-old boy with Doose Syndrome, a type of epilepsy that causes classic shaking as well as jerking muscles during seizures.

The boy had at least 10 seizures a day, said Dr. Jeffrey Gold, an assistant professor of neuroscience at the University of California, San Diego, and a neurologist at Rady Children's Hospital-San Diego. When the boy started CBD, his seizures initially got worse. But it turned out the CBD was increasing the child's blood levels of valproic acid, another anti-seizure medication he was taking.

Doctors immediately reduced the child's valproic acid medication, and he continued to take CBD. Within four months, the boy's seizures disappeared, which was confirmed with EEGs.

Doctors still can't recommend CBD as a treatment for children with epilepsy, but Gold encouraged families to be upfront with their doctors if they choose that route. The drug may interfere with the child's other medications, and informed doctors can monitor the child's response, he said.

"We lack safety data in children, and there should be carefully done safety and efficacy studies on any drug given to children," said Dr. Orrin Devinsky, the director of the New York University Epilepsy Center, who was not involved with any of the studies. "We desperately need this data."

He continued, "There is a naturalistic fallacy in which people believe that natural things are safe. There are many poisons in plants as well as animals. Some are very natural and very lethal. These studies are a call for more carefully designed studies."