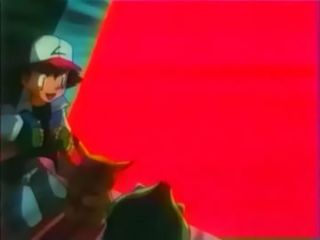 A marketing logo designed to promote London, England, as host for the 2012 Olympics was roundly criticized by Britons, whose politicians wasted no time in labeling the design “hideous.” While the logo simply offended some people, others claim it is actually dangerous.

Earlier this month the logo was blamed for causing seizures in about two dozen people who watched a short animated promotion clip on the London2012 Web site. Studies have shown that, under certain circumstances, bright flashing lights can trigger seizures in people with photosensitive epilepsy. While the mechanism is poorly understood, those diagnosed with epilepsy are at a higher risk than the general population. A public outcry arose, with parents and doctors concerned about the image’s influence on massive numbers of British children. The clip was quickly removed, and while little or no permanent damage was done, it raised fears about new technologies and public safety.

The incident was reminiscent of the Pokémon panic in Japan ten years ago, in which up to 12,000 children reported minor illnesses ranging from nausea to seizures after watching an episode of the wildly popular cartoon "Pokémon."

Despite many studies and theories, a clear cause of the panic remained elusive for years. How could a cartoon cause seizures in thousands of children? The answer is simple: It didn’t. The scare was largely the result of mass sociogenic illness, better known as mass hysteria.

Many aspects of the Pokémon panic suggest this diagnosis. For example, the Pokémon-induced symptoms (headaches, dizziness, vomiting) are less typical of seizures than of mass hysteria, and symptoms often associated with seizures (drooling, stiffness, tongue biting) were absent in Pokémon victims. Furthermore, the incidence of photosensitive epilepsy is estimated at about 1-in-5,000. Such an incidence (0.02 percent of the population) comes nowhere near explaining the sheer number of children affected (in some cases nearly 7 percent of the viewers).

While some children did endure brief seizures from the cartoon, the vast majority of those affected did not. Instead, once the children learned of the cartoon’s attacks at school on the following day, the number of kids reported to have been affected shot up by more than 10,000. The first accounts of thousands of students being affected appeared only after mass media coverage and the opportunity for contagion in the schools. And schools are among the most common places for outbreaks of mass hysteria to begin.

While photosensitive epilepsy is a real condition, it is also very rare and its risk should be put into perspective. Children are in greater danger while riding in a car or eating peanuts than they are of being injured by flashing cartoons or video games.

Benjamin Radford investigated the Pokémon panic and co-authored, with sociologist Robert Bartholomew, the 2001 article "Pokémon contagion: Photosensitive epilepsy or mass psychogenic illness?" in the "Southern Medical Journal." This and other articles are noted on his website.