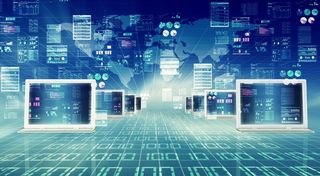 Daniel Marovitz is CEO of Faculty of 1000. Faculty of 1000 is a publisher for life scientists and clinical researchers, and comprises of three services; F1000Prime, F1000Research and F1000Posters. F1000Research is an open science publishing platform for life scientists that offers immediate publication and transparent peer review. Before that, he was the CEO and co-founder of Buzzumi, a cloud-based enterprise software company. He contributed this article to Live Science's Expert Voices: Op-Ed & Insights.

In many ways, published science tracks and influences the course of our species on this planet. It enables scientists to find out what other researchers are working on and what discoveries they have made. It helps governments decide where to invest and helps universities decide whom to hire. Most people don't give it a second thought but they should. All of us are consumers of science, and perhaps most crucially, all of us are eventually medical patients dependent on the discoveries published in medical journals. The way science is disseminated and the way articles are published is not just a geeky question for librarians — it impacts our society in profound ways.

The history of scientific journals dates back to 1665, when French Journal des sçavan and the English Philosophical Transactions of the Royal Society first published research results. Around the same time, the first peer review process was recorded at the Royal Society of London. By the 20th century, peer review became common practice to help allocate scientific funding, and before the Internet, all scientific journals were published on paper.

Paper costs money to buy, more money to print, and even more money to transport. It made sense that journals worked hard to find the "best" studies because they were constrained to publishing 10 to 20 articles each month. They limited the number of pages authors could write and severely limited (and sometimes charged the authors extra for) color and additional images. The process was long and laborious for everyone involved, and was constrained by the limits and costs of a necessarily analog world.

You would naturally assume that the Internet Age would have changed all of that, but while all journals now publish online, most of the process is still based on a paper past. This means many perfectly sound articles are rejected, articles take too long to be published, and most articles are published with conclusions, but without the data that supports them. Enough data should be shared by authors to ensure that anyone can replicate their research efforts and achieve similar results.

Such processes seriously bias what is published, impacting all aspects of science and thus society: from new scientific discoveries and the development of new medicines, to scientists' livelihoods and how public money is spent.

There are two problematic aspects of the traditional science publishing process. The first is the simple idea that journal editors should decide what to publish. It seems logical enough that an appointed editor (theoretically an expert in the field) should decide what to accept for publication in a journal, but in science it is actually a dangerous practice.

A magazine like Rolling Stone, which talks about music and movies, can be picky because people specifically buy it because of its role as a tastemaker and trend spotter.

Science is different. Many journals check not only whether they think the work is well executed, but also if they think it is interesting or important. Whether it is interesting is necessarily a subjective judgment based on the editor's own (sometimes quirky or narrow) interests, and it is almost impossible to know immediately how important a new discovery really is. What if (and it is not an infrequent thing) an obscure area of science or work on an obscure organism wasn't published because an editor thought it was too boring for readers? As one example, an obscure flower, the Madagascar periwinkle, became the source for a major chemotherapy drug called Vincristine. What if an editor decided that the readership isn't interested in strange African flowers?

Furthermore, even the broadest journals don't employ hundreds of specialist editors. Usually no more than a few dozen people, often many years from the inside of a laboratory, are asked to do the impossible: predict the future. Predict whether a manuscript that was just mailed to them is going to be of broad interest and become scientifically important. The simple truth is that they can't possibly know, and trying to predict such impact is an exercise in futility. More important, there is no reason for them to try, because the world should not be cheated of a shred of a new insight, even if seemingly tiny.

Journals and editors should simply determine whether something is legitimate science, and if so, it should hit the website immediately, serving the interests of science, scientists and the public at large. Journals should disseminate all the science they can and let the scientific community openly debate and discuss it — let them sort the wheat from the chaff over time.

There is also a second problem with the traditional publishing process: subscriptions. Most scientific journals in biology and medicine sit behind a paywall: you need to pay to see their content. We accept that in Rolling Stone, because taxpayers most likely didn't fund Taylor Swift's latest efforts. In science, this is unacceptable. The research is often paid for by the government and not-for-profit groups (the U.S. government alone spent $35 billion in 2013 on science and medical research). Scientific journals delay and block publication because of their archaic editorial practices, only to prevent the public from having access unless they pay for a subscription. The taxpayers who funded this work should be able to see the output, and all of it, not just a few hand-picked selections.

There is hope, however, with another model that currently covers only about 10 percent of science publishing: Open Access (OA). With Open Access Peer Review, expert referees are selected and invited, their reports and names are published with the article, and the peer review is administered by an editorial team. Additionally, the author pays the cost of publishing and anyone anywhere can access the content of the journal for free. It makes sense for the author to pay because most of the benefit of having published accrues to the author, and it is important that the scientific insight flows to everyone without pay walls. A brilliant student shouldn't be denied access to research because his or her university cannot afford to pay a subscription. A taxpayer who funded work in their country shouldn't have to pay to see the research their income helped enable in the first place.

Science and scientists created the amazing technologies that came together to make the Internet. Speed and transparency is the culture of the Web. Ironically, science publishing, the window through which we see all scientific progress, is mired in an increasingly distant age. It's time for scientific publishing to enter the Internet Age.