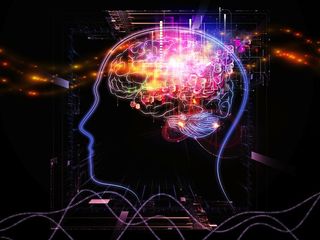 Humans could be much more efficient communicators if they could bypass language altogether and directly transmit thoughts, ideas and instructions from one brain to another. Scientists have demonstrated that instant brain-to-brain communication could become a reality with the help of computers.

In recent experiments, researchers from the University of Washington showed that they could send one person's thoughts through a computer to control the hand motion of a person sitting half a mile (0.8 kilometers) away.

The team first demonstrated this brain-to-brain connection was possible back in August 2013. But now the researchers have put the technology through more rigorous testing and are close to making it usable in real-world scenarios, they said. [Top 10 Mysteries of the Mind]

To make the mind-meld possible, one person is hooked up to an electroencephalography cap, which is covered in sensors that pick up brain signals and send them to a computer. The computer decodes the signals and sends them as electric pulses to the second person, who is wearing a cloth swim cap with a transcranial magnetic stimulation coil on top. The coil is placed near the area of the brain that controls hand motion. The first person thinks about moving his or her hand, and that brain signal is transferred to the second person, triggering a twitchy hand movement.

The researchers tested the technology using three pairs of volunteers. Each sender and receiver sat in a separate building on the University of Washington campus, about half a mile apart. The sender sat in front of a simple computer game wearing the electroencephalography cap. The game featured a city under siege by a pirate ship, and the senders were instructed to defend the city by firing a canon. However, they were not allowed to touch any of the game's controls and could only defend the city by thinking about firing the canon.

In a separate building, the receiver sat in a room with his or her right hand poised over the touchpad that controlled the canon. If the brain-to-brain technology was successful, then the receiver's hand would twitch and tap the touchpad.

Not every sender and receiver pair was equally successful. The researchers found that the accuracy varied from 25 percent to 83 percent.

Total mind control, in which a sender controls the receiver like a marionette puppet, will not be possible anytime soon, the researchers said. But the team does plan to start working on a more sophisticated interface that can decode and send more complex brain signals. They hope to eventually transmit concepts and thoughts, which could someday facilitate instant transfer of knowledge from teacher to student.

"Imagine someone who's a brilliant scientist but not a brilliant teacher. Complex knowledge is hard to explain — we're limited by language," Chantel Prat, a professor of psychology at the University of Washington and co-author of the new study, said in a statement.

Prat and her colleagues also hope to adapt the technology to help people stay awake and alert. For example, the brain waves of a sleepy pilot could stimulate his or her copilot to become more alert.

The study was published Nov. 5 in the journal PLOS ONE.