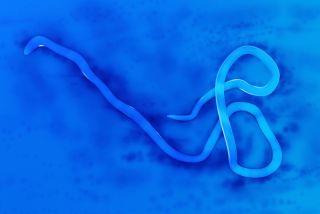 If Ebola were to spread in the United States — which is an extremely improbable scenario — the virus likely wouldn't be as deadly as it has been in Africa, according to doctors and public health experts.

There are a number or factors that would make the high mortality rate associated with the current epidemic in West Africa unlikely to replicate itself here, several experts told Live Science.

Why wouldn't the virus be as deadly? It mostly comes down to resources. [2014 Ebola Outbreak: Full Coverage of the Viral Epidemic]

Ebola mortality in Africa and the US

As of Monday, (Oct. 13), the current outbreak of Ebola had killed 2,431 people in West Africa who had laboratory-confirmed Ebola, according to the Centers for Disease Control and Prevention (CDC). The number of deaths in suspected Ebola cases is much higher, but official mortality rates are based on confirmed cases.) The total number of people with laboratory-confirmed Ebola cases in West Africa is 4,655.

Statistically speaking, this means that African patients with Ebola have about a one-in-two chance of surviving the illness, according to the CDC. It should be noted that fatality rates can vary widely from country to country, so Ebola patients' chances of survival might be greater or less than 50 percent depending on where they're located.

But if Ebola were to become widespread in the U.S.— a situation that public health organizations believe is highly unlikely — the mortality rate from the virus would likely be lower than it is in West Africa, said Dr. William Schaffner, a professor of preventive medicine and infectious diseases at Vanderbilt University Medical Center in Nashville, Tennessee.

"The death rate would be lower in the U.S.," Schaffner told Live Science. "Everybody believes we could move it down from 50 percent to 30 percent, or perhaps even lower than that."

This belief is based on the quality and availability of health care in the United States, he said.

Resources in Africa and the US

"If they had available the kinds of supportive care that we're able to provide in the United States — in our hospitals and, particularly, in our intensive care units — the survival rate [in Africa] would be much higher," Schaffner said.

In the case of Ebola, for which no known treatment is available, supportive care consists of procedures that help control the symptoms of the disease. U.S. hospitals can easily provide patients with intravenous fluids that restore the body's supplies of potassium and sodium to their normal levels. And because some people with Ebola experience hemorrhaging, restoring blood-clotting capacities to normal is also a treatment that may help patients, Schaffner said.

"There are a whole series of little things like that, and if you can then support the patient with all these kinds of therapies while the patient's own immune system struggles with the virus, then more and more people will be able to recover," Schaffner said.

Access to supportive care plays a big part in whether a person will survive the fight against the Ebola virus, said Dr. Saul Hymes, a pediatric infectious-disease specialist at Stony Brook Children's Hospital in New York.

"We know that even in Africa, [the] mortality rate is very different if you're able to get care versus if you're not able to get care," Hymes told Live Science. Access to supportive care in the United States is "vastly better than what's available in most of West Africa," he said.

Containment measures aimed at slowing down the spread of epidemics are also more robust in the U.S., Hymes said. Sending out public health officials and nurses to keep track of anyone who may have had contact with an Ebola patient is a huge part of containing outbreaks, he said.

"There are plenty of doctors and governmental agencies in Africa that know about [these containment measures], but it's a question of resources," Hymes added. "If you don't have the people to spare when the outbreak starts to grow, or if you have a population that distrusts health care or government, things can break down."

The United States has ample resources to deal with outbreaks, Schaffner said.

"We have sufficient diagnostic and therapeutic health resources to interrupt the transmission of this virus, just as we do [for] many other viruses," Schaffner said. If there is another case of Ebola in the U.S., "It's not going to spread widely," he added. "It's not going to imbed itself in our population. We won't get a problem in Dallas or Duluth similar to what's happening in Monrovia [Liberia]."