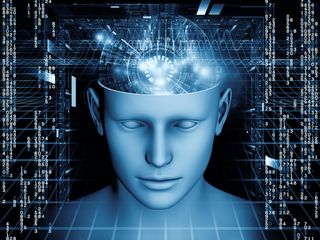 Everyone knows it's easier to learn about a topic you're curious about. Now, a new study reveals what's going on in the brain during that process, revealing that such curiosity may give a person a memory boost.

When participants in the study were feeling curious, they were better at remembering information even about unrelated topics, and brain scans showed activity in areas linked to reward and memory.

The results, detailed yesterday (Oct. 2) in the journal Neuron, hint at ways to improve learning and memory in both healthy people and those with neurological disorders, the researchers said. [10 Ways to Keep Your Mind Sharp ]

"Curiosity may put the brain in a state that allows it to learn and retain any kind of information, like a vortex that sucks in what you are motivated to learn, and also everything around it," Matthias Gruber, a memory researcher at the University of California, Davis, said in a statement. "These findings suggest ways to enhance learning in the classroom and other settings."

Gruber and his colleagues put people in a magnetic resonance imaging (MRI) scanner and showed them a series of trivia questions, asking them to rate their curiosity about the answers to those questions. Later, the participants were shown selected trivia questions, then a picture of a neutral face during a 14-second delay, followed by the answer. Afterward, the participants were given a surprise memory test of the faces, and then a memory test of the trivia answers.

The brain scans showed that, compared with when their curiosity wasn't piqued, when people were curious, they showed more activation of brain circuits in the nucleus accumbens, an area involved in reward. These same circuits, mediated by the neurochemical messenger dopamine, are involved in forms of external motivation, such as food, sex or drug addiction.

Finally, being curious while learning seemed to produce a spike of activity in the hippocampus, an area involved in forming new memories, and strengthened the link between memory and reward brain circuits.

The study's findings not only highlight the importance of curiosity for learning in healthy people, but could also give insight into neurological conditions. For example, as people age, their dopamine circuits tend to deteriorate, so understanding how curiosity affects these circuits could help scientists develop treatments for patients with memory disorders, the researchers said.