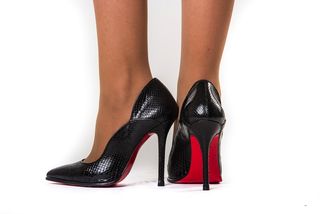 Researchers in the study examined 798 participants who had varicose veins and were treated at 11 vascular surgery centers in the United Kingdom, between November 2008 and October 2012. The participants underwent one of three types of treatments: closing off the veins with a laser, injecting a drug "foam" into the vein or surgically removing the vein.

After six months, the researchers compared the outcomes, looking at how well the treatments worked and at their complication rates, as well as how the participants rated the change in their quality of life since their treatments.

"The main findings indicated that laser therapy was the preferred treatment for varicose veins," said study author Dr. Julie Brittenden, a professor in vascular surgery at the University of Aberdeen in Scotland. "We found that all three treatments reduced symptoms associated with varicose veins, but there were fewer complications after laser treatment." [7 Beauty Trends That Are Bad for Your Health]

Varicose veins are blood vessels that have become swollen, enlarged and twisted. Improperly working valves in the veins cause the disorder, Brittenden explained. In people who have this condition, blood returns up to the heart from the veins in the legs because of the contraction of the calf muscles, she said. Normally, valves in these veins prevent blood from flowing backwards, down towards the feet.

"People with varicose veins have leaky valves, which means that some blood flows backward and pools in the veins, causing them to become enlarged," she said.

Foam treatment involves injecting drugs into a blood vessel. The medicines, when mixed with air, cause the vessel wall to thicken, which also helps to seal off blood flow. The recent study showed that foam was less likely than the other treatments to completely close a vein that had leaky valves, which may increase the likelihood that a patient will need future treatment, Brittenden said.

The researchers also found that successful ablation of the great saphenous vein occurred in 83 percent of those who received the laser treatment and 84.4 percent of the participants who underwent surgery.  These numbers were significantly higher than the 54.6 percent who had such successful ablation after the foam treatment. The great saphenous vein, the longest in the body, runs along the length of the leg.

The study appears in today's (September 24) issue of the New England Journal of Medicine.

Dr. Kevin McMullen, a vascular surgeon at Surgical Hospital of Oklahoma who was not involved with the study, said he agreed with Brittenden's conclusion. "Laser is preferred over surgery or foam due to higher success rates with the least amount of complications," he said.

Laser therapy works better than foam on larger veins, as the success rates for foam treatments worsens with increasing vein size, McMullen said. However, surgery may be the best choice for patients who have previously had vein procedures, or who have anatomical issues, such as veins that are very close to the skin or are larger than three-quarters of an inch (20 millimeters) in diameter, he said.

Can varicose veins be prevented?

Varicose vein treatment is not done just for cosmetic reasons, Brittenden said. "People with varicose veins often suffer from aches and discomfort," she told Live Science. "The condition can also cause swelling of the ankles, skin changes and sometimes ulcers."

Both men and women get varicose veins, she said. The condition is more common in pregnant women, older patients, overweight people and those who stand for long periods. It is also more prevalent in people who have a family history of varicose veins.

People can't prevent varicose veins from forming, but may be able to delay their formation or prevent existing varicose veins from getting worse, according to the National Institutes of Health. The NIH recommends that people avoid standing or sitting for a long time without taking breaks; avoid crossing their legs when sitting; and keep their legs raised when sitting, resting or sleeping.

Losing weight and doing exercise that works the leg muscles can also help, the NIH said.

Brittenden said that she and her team plan to follow the study participants for five years, as long-term results are important in determining longer-term costs and consequences of each of the treatments, such as recurrent varicose veins.