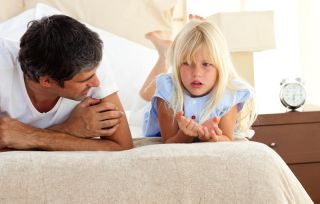 Most infants begin learning a spoken language from the moment they're born. But because the brain becomes less flexible with age, it's difficult for children to master the sounds and intonation of a second language later on, causing them to sound different than a native speaker would.

This may explain why people keep their accents years after they've moved to a new country and learned a second or a third language, said Katharine Nielson, chief education officer at Voxy, a language-learning company based in New York City.

"It's hard to learn to make the different sounds," Nielson told Live Science. "You can't learn a second language the way you learn your first language." [10 Things You Didn't Know About the Brain]

Babies can discriminate among the different sounds people make, but that ability diminishes around 5 years of age, as the brain becomes less plastic, or flexible. For instance, the Japanese language does not differentiate between the "L" and "R" sounds, making it difficult for native Japanese speakers who are not exposed to English sounds until later in life to correctly pronounce words such as "elevator."

"By the time you're 5 or 6, it's hard to acquire a native-like accent, because you just can't hear the sounds the same way," Nielson said.

Another complicating factor is the way that people tend to learn additional languages. Many students learn how to write the language first and how to speak it second, Nielson said. They might learn long lists of vocabulary words, for example, without taking the opportunity to say the words to a native speaker who might be able to fix a mispronounced word or inappropriately emphasized syllable.

Listening to native speakers helps, Nielson said. Students learning Spanish, for example can listen to songs, or watch soap operas and the evening news, especially when those programs include subtitles that may help the students see the word and hear its pronunciation, Nielson said.

Some actors can learn how to mimic accents with voice coaches, but this is more of a mechanical method, Nielson said.

"They're changing the way they articulate," she said. "They're figuring out how to use their mouths to make different sounds."

Some language teachers do train students to physically change the way they speak, but other instructors focus on the language's rhythm.

Learning the intonation and lexical stresses of a language is a good way to succeed even if certain sounds produce challenges, Nielson said. The word "anecdote" is fairly understandable if a person replaces the first vowel with another, for instance. However, if a person mixes up the stress and says "ah-nek-doe-tee" instead of "an-nek-dote," a listener may have trouble understanding.

The same goes for how people emphasize words in a sentence. "It's a real challenge if you're not getting the feedback on where your mistakes are," Nielson said. "People tend to carry over the stress pattern of their first language."

Learning an additional language has its benefits. It may improve concentration and protect against dementia. But talking without an accent is one of the harder aspects to accomplish. Nielson's advice? "Identify how the sounds of the language work, and try to produce them yourself," she said.