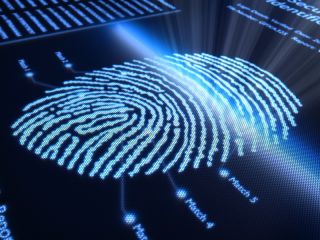 Many driver's licenses and passports have holograms and other types of sophisticated security embedded in them, but for the most part, people still heavily rely on ID cards to prove who they are. Biometric identification technologies, such as fingerprinting and iris scanning, are already being used to speed up security clearance at several airports in the United States. Iris scanning is also gaining support in the health care industry, as a way to prevent fraud and combat identity theft. Now, ID tech is moving into new realms, with devices that could distinguish individuals by their veins, brain waves and even body odor. Here are five emerging alternatives to traditional identification:

As dogs already know, each person has a unique and recognizable odor. The challenge has been to come up with sensors that work as well as a dog's nose. Starting in 2009, the Technical University of Madrid began collaborating with Ilía Sistemas, a Spanish tech consulting firm, to develop technology to identify individuals based on their chemical smell patterns. [5 Crazy Technologies That Are Revolutionizing Biotech]

The main goal of the biometric project was to use odor in conjunction with iris and fingerprint scanning to increase recognition rates and reduce the possibility of fraud in cross-border controls. Recognition rates were higher than 85 percent for body odor, which the researchers called a promising biometric identifier in their study, published in the November 2013 issue of the journal Knowledge-Based Systems. However, the technology remains in the research stage.

After news broke last year that the National Security Agency was collecting and storing the phone records of American citizens as part of a sweeping program of domestic surveillance, Hristo Bojinov, a computer science Ph.D. student at Stanford University, made an interesting discovery: Smartphone sensors are predictably imperfect, the San Francisco Chronicle reported.

Working with the Stanford Security Laboratory, Bojinov and his colleagues created a computer program that can measure the slight, unique errors in smartphone accelerometers and microphones. The program was used to successfully "fingerprint" more than a dozen devices.

Around the same time, engineers at the Technical University of Dresden in Germany developed a tracking method based on the findings that each cellphone's radio signals contain unalterable digital fingerprints, New Scientist reported. The team suggested that this ID technology could help law enforcement officials find criminals who dump their phones’ SIM cards, or those who use prepaid, disposable "burner phones" that are typically difficult to track.

Rather than entering a complicated password or using a unique touch-screen pattern, the Nymi bracelet uses your heartbeat for digital identification. The wristband technology was developed by Bionym, a start-up company based in Toronto, and uses algorithms to read the electrocardiogram (ECG) waveform shapes, which are the unique patterns of electrical activity of a person's heart. [Science Fact or Fiction? The Plausibility of 10 Sci-Fi Concepts]

Once the Nymi bracelet authenticates the wearer, it communicates that digitally signed identity via Bluetooth to smart devices, including phones, computers, vehicles and even hotel room doors, according to the company. Initially, Bionym tested the ECG identification accuracy on more than 1,000 people and found it more accurate than facial recognition, Popular Science reported last fall.

In addition to replacing keys and cards, the Nymi contains an accelerometer and gyroscope to pick up movements and use gestures for task-specific commands. This means programming it so certain hand motions can open a car trunk, for instance, or control a TV. The device is available for preorder on the company's website for $79, but after 25,000 orders are placed, the price will go up to $99, according to Bionym. The bracelet is expected to start shipping this year.

Originally called PulseWallet, the BiyoWallet is a machine designed for retailers to identify customers with a quick scan of their veins. Once an individual has been identified, the device can automatically deduct money from the customer's account. The machine recognizes unique vein patterns when an individual's palm is set over the device's scanner.

Users would set up their accounts ahead of time in order to make and track purchases. This point-of-sale technology first debuted in January at the annual Consumer Electronic Show (CES) in Las Vegas, and was renamed BiyoWallet in March. The company says its goal with biometric payments is to create a network that mitigates fraud and identity theft while helping users protect their funds in their bank account.

Iris, face and voice recognition scans are secure ways to confirm identity, but they can also be intrusive and expensive, according to a team of researchers at the University of California, Berkeley. The group, led by John Chuang, a professor at UC Berkeley's School of Information, experimented with identifying people using a brain-wave-reading headset, a technology they say could be particularly useful, especially for computer access.

Chuang and his colleagues developed the NeuroSky MindWave, a wireless headset that contains biosensors to read electroencephalography (EEG) data. The researchers monitored participants as they performed different mental tasks, such as focusing on breathing or imagining a finger moving up and down, while wearing the headset.

In some cases, the tasks were the same for all participants, but other times, the researchers asked people to add a personalized thought and focus on it for 10 seconds. For instance, some people were asked to imagine singing a song of their choice, or to visualize playing a sport of their choice. The researchers found that brain-wave data provided by these "pass thoughts" were enough to confirm a person's identity. The headset monitors brain activity using an ear clip and an unobtrusive EEG sensor arm that rests on the forehead. The brain-wave signals collected can authenticate users with high degrees of accuracy, the researchers said in a statement.