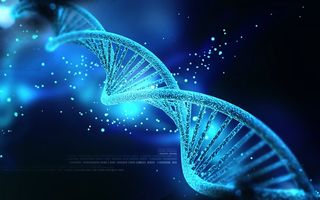 More than a decade has passed since the completion of the Human Genome Project, the international collaboration to map all of the "letters" in our DNA. The huge effort led to revolutionary genomic discoveries, but more than 10 years later, it's still unclear what percentage of the human genome is actually doing something important.

A new study suggests that only 8.2 percent of human DNA, or about 250 million of these so-called DNA letters, are functional, and more than 2 billion are not.

The results are higher than previous estimates of 3 to 5 percent, and significantly lower than the 80 percent reported in 2012 by the Encyclopedia of DNA Elements Project (ENCODE), a public research project led by the U.S. National Human Genome Research Institute to study the role of the 3 billion total letters in human DNA. [Code of Life: Photos of DNA Structures]

The differences may stem from the nuanced definition of "functional DNA," said the study's co-lead researcher Chris Ponting, a professor of genomics at the University of Oxford in England.

In the new study, Ponting and his colleagues report that majority of the human genome is nonfunctional, or "junk DNA." As studies have found, some of this junk DNA may be useful for regulating gene expression, but only a small portion of it, Ponting said.

Instead, upward of 90 percent of human DNA may be go unused.

"Whether people like it or not, the vast majority of our genome is junk," said Dan Graur, a professor of molecular evolutionary biology at the University of Houston in Texas, who was not involved with the new study. "We know that because we have so many organisms that have much smaller genomes than we do and organisms that have much larger genomes than we have. The size of your genome is not really what matters."

The wheat genome, for example, is five times larger than the human genome, according to a study published this month in the journal Science.

In the new study, the researchers used an evolutionary model to estimate what percentage of the human genome is functional and what percentage is junk. Mutations randomly occur in DNA. Genetic code with fewer mutations tends to be important because it shows these parts of the genome likely perform an important function, Ponting said.

The researchers compared the DNA sequences of 12 mammals, including cattle, ferrets, rabbits and pandas, to see how the animals' DNA had changed since their last common ancestor lived about 100 million years ago. Then, they counted the number of intact pieces of DNA preserved by natural selection.

"We decide on how much is functional by scrutinizing what has happened over long evolutionary time," Ponting said.

Animals that are closely related to humans have more similar DNA sequences than animals that are distantly related, the researchers found. For instance, mice and humans share 2.2 percent of their functional DNA because of the high number of mutations that occurred since they diverged more than 80 million years ago.

Like humans, just 8.2 percent of the DNA in each of these animals is functional, the findings suggest.

However, some of that DNA is more important than others. Slightly more than 1 percent of human DNA codes for proteins that carry out most of the body's biological functions, the researchers said. The remaining 7 percent may regulate these protein-coding genes by determining when to switch them on and off.

The findings may help guide researchers studying diseases and disorders, the researchers said. "If we're going to look where disease-causing mutations are, we only have to look in less than 10 percent of the genome," Ponting said.

The study was published today (July 24) in the journal PLOS Genetics.