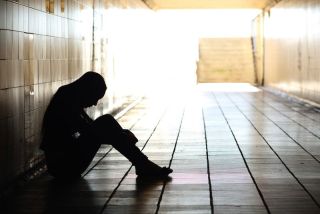 Child sex trafficking crimes occur every day in the United States, and doctors can play a role in identifying victims, getting them care and ultimately preventing such crimes, researchers say.

Any sexual activity with a minor in exchange for money or something of value is considered child sex trafficking. Although the scope of child sex trafficking in the United States is unclear, such crimes "may be overlooked and under-reported because they frequently occur at the margins of society," said three experts, writing in an editorial published today (July 21) in the journal JAMA Pediatrics,

Doctors may encounter child sex-trafficking victims who are seeking medical attention for illness or injury, but medical professionals may lack the tools to identify this type of abuse, according to the editorial by Dr. Angela Diaz, of the Icahn School of Medicine at Mount Sinai in New York; Dr. Ellen Wright Clayton, of Vanderbilt University in Tennessee; and Patti Simon, of the Institute of Medicine and National Research Council in Washington DC. [6 Ways Sexual Harassment Damages Women's Health]

A 2011 study of human trafficking (which includes both labor and sex trafficking) victims in Los Angeles found that 50 percent of the victims said they had visited a doctor while they were under their trafficker's control.

Education on human trafficking should also be part of doctors' medical school and residency training, according to a second editorial published in the same journal, written by Dr. Aimee Grace, of Children’s National Health System in Washington, D.C., and Roy Ahn and Dr. Wendy Macias Konstantopoulos, of Massachusetts General Hospital.