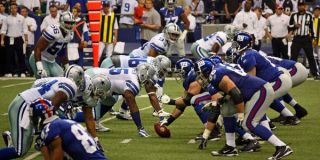 Professional football players may be at increased risk for depression as a result of suffering frequent concussions, a new study suggests.

The study evaluated 34 retired National Football League players (their average age was 62) with a history of concussions, and 29 healthy people from the general population who had not sustained a concussion.

The symptoms most strongly linked to concussions were feelings of sadness, feelings of guilt and critical self-evaluations, Didehbani said.

The results, which will be presented at the American Academy of Neurology meeting in San Diego in March, come just a week after the same group of researchers reported similar findings in the journal JAMA Neurology. This study found that about 24 percent of retired NFL players suffered from depression, compared with 10 to 15 percent of the general population.

The researchers hope the findings will encourage doctors to screen people for depression after they sustain a concussion, Didehbani said.

The type of brain damage that can occur as a result of being a professional football player has received increased attention in recent years. Researchers at Boston University found signs of a brain disease called chronic traumatic encephalopathy (CTE) in more than 30 professional football players when their brains were analyzed posthumously. (CTE can only be diagnosed after death.) Last week, it was announced that CTE had been found in the brain of NFL linebacker Junior Seau, who committed suicide in May 2012. Two other NFL players who committed suicide, Dave Duerson and Ray Easterling, also had the disease.

Concussions can damage the brain's white matter — tissue that forms "cables" in the brain and allows different regions to communicate. In the new study, researchers found they could predict which players had depression by examining images of their brains' white matter. A study published last week found that children who experienced concussions experienced changes in their brains' white matter that were still present three months later.

So far, it's not clear how many concussions a player would need to suffer to be at risk for impaired thinking and mood problems. An important factor in preventing later problems may be resting after a concussion, Didehbani said. Returning to play too soon may mean the brain is particularly vulnerable to injury, Didehbani added. "The body needs to heal both mentally and physically following a head injury," Didehbani said.

A positive finding of the study is that most of the NFL players — 60 percent — did not have mood problems or impaired thinking, despite having a history of concussions.

"The reason why some athletes will display problems while others do not exhibit difficulties is still unclear. We are looking at other possible factors, such as the number of years played [and] genetic risk factors," Didehbani said.

Pass it on: Brain damage from concussions may increase the risk of depression.