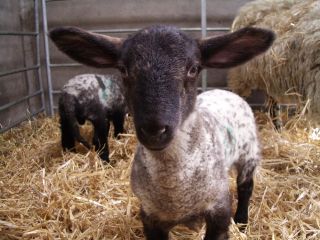 A mom's painful early life experiences might influence her offspring's sensitivity to pain, according to a new study of lambs and ewes.

The research is preliminary, but echoes earlier studies in both humans and animals that find early pain and trauma — or even chronic stress in utero — can reverberate throughout the lifetime.

"It adds to a bit of evidence of the effects of these early life experiences in the long-term," said study researcher Michael Mendl, a professor of veterinary science at the University of Bristol in the United Kingdom. [11 Facts Every Parent Should Know About Their Baby's Brain]

The infant months may not be preserved in memory, but studies have increasingly found that early life experiences matter. In both rats and humans, for example, early painful experiences have been linked to changes in pain sensitivity later — though the results are quite complex. In some situations, responsiveness to pain is increased, and in others, it seems to be decreased.

Mendl and his colleagues knew that farm animals frequently go through painful experiences as a matter of course, including castration and tail-docking, or the practice of removing the tail. To find out if these experiences affect the animals, they split a group of 20 ewes into three groups. One group had a typical tail-docking experience, in which an elastic band is wrapped tightly around the tail, cutting off blood supply until the tail falls off. There is no anesthesia used during this procedure.

The second group had their tails left intact, but were injected with a low dose of E. coli bacteria to simulate a mild fever and immune response. The third group of female sheep was left alone.

After the sheep grew up and mated, the researchers video-recorded each during lambing, recording postural changes that might indicate pain, number of uterine contractions, and tail-wagging, which can also signal pain in farm animals.

The scientists found that ewes with an early traumatic experience of tail-docking or infection changed positions more often, wagged their tails more and had more contractions than ewes left alone in their early days. Exactly what these cues mean is difficult to interpret, Mendl warned.

"It's possible that they could be showing a stronger response to the challenge of birth pain, or a more painful birth experience," he told Live Science.

In humans and rats, the hormones and brain circuits that influence the stress response are affected by early life experience, Mendl said. It's likely that the same is true in lambs, though the link is currently speculative.

"It may make some adaptive sense for an animal who experiences a challenge very early in life to gear up for challenges or be more ready for them later in life," Mendl said.

Next, the researchers tested the lambs of the 20 ewes in the study for their sensitivity to discomfort. To do so, they pressed a metal rod into the lambs' feet gently, just until the lamb twitched or shied away. The lambs from ewes that had had an early-life infection responded more promptly than the lambs born to ewes in the other groups.

Environmentally induced genetic changes can be passed on from parent to child, a process known as epigenetics. Epigenetics could be the cause of the lambs' greater sensitivity, Mendl said, but researchers don't know that yet — those lambs might also have altered sensitivity because of their more difficult birth experiences, for example.

A lot more work needs to be done to fully understand the results, Mendl said, starting with reproducing the findings and investigating their causes. Thus, he steered clear of recommending pain pills for farm animals just yet.

"We need to do these other studies to say, if we applied analgesia, is there an effect that minimizes any long-term changes," he said. "We don't know, necessarily, if these [changes] are detrimental things, either."

Mendl and his colleagues reported their findings today (July 1) in the journal Biology Letters.