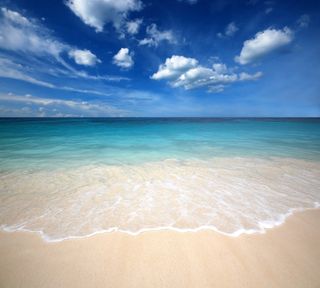 Now that summer is here, a trip to the shore should bring familiar smells: seawater, sunscreen and, depending on your beach of choice, sewage.

One in 10 recreational beaches in the United States isn't fit for swimming, according to a new report from the Natural Resources Defense Council (NRDC).

"Sewage and contaminated runoff in the water should never ruin a family beach trip," Jon Devine, a senior attorney for NRDC, said in a statement. "But no matter where you live, urban slobber and other pollution can seriously compromise the water quality at your favorite beach and make your family sick." [See list of the best and worst beaches]

The NRDC released its annual water-quality report card this week based on samples collected last year from 3,485 U.S. beaches along the coasts and in the Great Lakes region. The environmental group found that more than 10 percent of the shores sampled failed to meet new federal recommendations for safe swimming.

The NRDC measured its samples against the Environmental Protection Agency's (EPA) "Beach Action Value," or BVA, a new threshold for counts of bacteria like E. coli in water samples, which can be an indication of the presence of feces. The BVA is more of a recommendation than a federally mandated standard, and it's more conservative than previous safety thresholds. Had they been held up to the old benchmarks, only 7 percent of the beaches sampled in 2013 would have been deemed too dirty, which is similar to the rate of failure the NRDC has recorded in previous years.

Beaches in the Great Lakes region had the highest failure rate (13 percent), followed by the Gulf Coast (12 percent) and New England (11 percent). The Delmarva Peninsula on the East Coast had the cleanest beaches overall, with just 4 percent of samples failing the safety test. The West Coast (9 percent), the Southeast (7 percent), and the New York and New Jersey region (7 percent) were in the middle of the pack.

Ohio was ranked the worst state to go swimming. Of the 63 coastal beaches in the state, 47 had more than 20 percent of their water quality samples fail to meet the BAV benchmark, according to the NRDC. Delaware, on the other hand, ranked highest in beach quality.

Water pollution can be caused by a variety of sources, including stormwater runoff, sewage overflows, inadequately treated sewage, boating waste and agricultural runoff. Besides the ick factor, there are real health concerns that come with splashing around in contaminated water. Sewage can expose people to disease-causing bacteria, viruses and protozoans, meaning swimmers can pick up waterborne illnesses such as stomach flu, skin rashes, pink eye, dysentery, respiratory ailments and hepatitis, according to the NRDC.

In releasing the new report, NRDC officials also threw their support behind the EPA's proposed Clean Water Protection Rule, which is currently open for public comment and would clarify that federal protections for clean water extend to seasonal streams and wetlands.