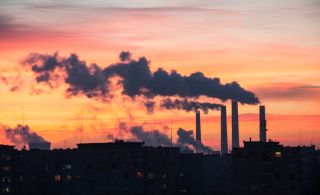 For several years, the Environmental Protection Agency has hemmed and hawed over whether it could regulate carbon dioxide and other greenhouse gases. Yesterday (June 2), the agency finally issued its first-ever proposal to cut carbon pollution from power plants.

The new rule aims to reduce carbon emissions by 30 percent from 2005 levels over the next 25 years. Here are five important facts about the draft proposal.

Carbon dioxide is a greenhouse gas that contributes to global warming. No national limits on carbon dioxide emissions at power plants are currently in effect. Power plants account for 30 percent of greenhouse gas emissions in the United States. The EPA does limit toxic pollutants like arsenic and mercury, however. But even with the new regulations, overall U.S. carbon emissions will drop by only about 6 percent. [US EPA: Power Plant Must Go On Low-Carbon Diet | Video]

The proposal will also cut smog and soot by 25 percent by 2030. These particles not only contribute to global warming, they also have adverse health effects, such as worsening asthma and heart disease. The EPA estimates the regulations will cost $8.8 billion by 2030, but save $82 billion in "health and climate benefits" during the same period.

The new regulations are expected to cut more than 200,000 jobs at coal-fired power plants and raise electricity rates because hundreds of plants are likely to close. Losses will likely be greatest in the southeastern United States, the U.S. Chamber of Commerce estimates. Average monthly electricity bills are expected to increase by about 3 percent, but costs will vary by state depending on how much power now comes from coal.

The proposal announced Monday marks the beginning of a yearlong approval process. The agency will open the proposal to a 120-day public comment period and issue the final rule in June 2015. States will have another year after that to develop their own compliance plans or apply for an extension. Options for meeting the emissions rules include incorporating wind and solar power and trading carbon caps with other regions.

Congress can repeal or modify the Clean Air Act, but the new rule is likely to withstand any legislative challenges. The new proposal would probably survive a legal battle as well, because it ultimately stems from a 2007 Supreme Court decision requiring the EPA to determine whether carbon dioxide is a pollutant.