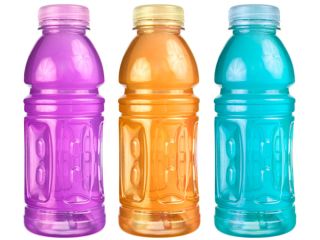 Teens who drink sports and energy drinks may be more likely to also engage in other unhealthy behaviors, such as smoking, drinking soda and playing video games for many hours, a new study finds.

Researchers surveyed about 2,800 teens in middle and high schools in the Minneapolis-St. Paul area, and asked them about how often they drank sport and energy drinks, as well as other behaviors.

The findings "are troubling because they may indicate a clustering of problem behaviors among some adolescents," the researchers, wrote in the May/June issue of the Journal of Nutrition Education and Behavior.

However, the study was conducted at one point in time, so the researchers cannot say which came first, the sports and energy drink consumption, or the other unhealthy behaviors.

But the study does show that these behaviors tend to track together, said Dr. Jason Block, an assistant professor of population medicine at Harvard Medical School, who was not involved in the study.

"Based on this study, we can't blame the sports and energy drinks at all," for the higher levels of unhealthy behaviors, Block said. "It's just that adolescents who aren't focused on healthy behaviors are more likely to consume these beverages," Block said.

Block said he is not aware of any evidence suggesting that sports and energy drinks are a gateway to other unhealthy behaviors. Future studies that follow teens over time are needed to determine the reason for the link, the researchers said.

The researchers noted that teens' exposure to TV advertising for energy drinks increased 20 percent between 2009 and 2010.

"It is critical that adolescents and their parents are educated about the potential consequences associated with consuming sports and energy drinks, and that targeted advertising does not continue to encourage them to purchase these beverages," study researcher Nicole Larson, of the University of Minnesota's School of Public Health, told the Journal of Nutrition Education and Behavior in an interview.

The American Academy of Pediatrics says that sports drinks are unnecessary for the average young athlete, and that because the drinks contain sugar, they could contribute to weight gain and tooth decay. However, the AAP also says that drinking a small amount of sport drinks may be appropriate for young athletes who have been vigorously exercising for prolonged periods.

In the new study, teens' sports drink consumption was linked with higher levels of moderate-to-vigorous activity per week, and with a higher percentage of participation in sports, however "it is unlikely that consumption only followed vigorous, prolonged activity as recommended by the AAP," the researchers said.

"Water should instead be promoted as the best option for hydration following physical activity," Larson said.

The AAP does not recommend energy drinks for children or teens because the drinks contain stimulants, such as caffeine, that may have harmful health effects on the developing nervous and cardiovascular systems.