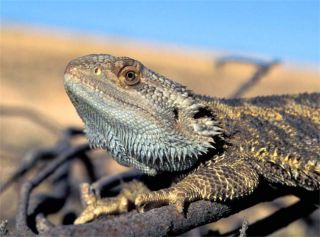 A salmonella outbreak that has so far sickened 132 people in 31 states over the last two years has now been traced to a source — pet lizards called bearded dragons, according to the Centers for Disease Control and Prevention.

More than half of people infected were children younger than 5, and 42 percent of patients had to be hospitalized. The CDC is continuing to watch for other cases that may be part of this outbreak. [Salmonella Outbreak: 5 Tips for Cooking Chicken Safely]

The outbreak is caused by bacteria called Salmonella cotham, a rare type of salmonella, researchers found. Before this outbreak, typically fewer than 25 Salmonella cotham infections were reported each year.

Bearded dragons are popular pet lizards. They are native to Australia and are found in a variety of colors, including gray, red and yellow. The pet industry is working with public health officials to determine the source of the bearded dragons linked to this outbreak, according to the CDC.

The CDC's investigation started when the Wisconsin Department of Health notified the agency last January of a cluster of Salmonella cotham infections with a high number of patients reporting contact with pet lizards. Since 2012, there have been 12 infections with Salmonella Cotham in Wisconsin, and 10 patients reported contact with pet bearded dragons.

To avoid catching a disease, the CDC recommends washing hands for at least 20 seconds with soap and water right after touching reptiles, or anything in the area where they live.