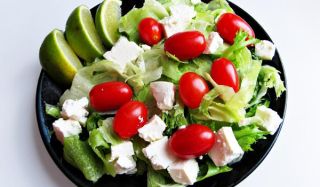 Scientists are reporting results today that might boil the blood of some people on the Atkin's and other low-carb diets: Vegetarian diets rank as superior in reducing the risk of high blood pressure, or hypertension, and subsequent heart damage, the study found.

The research, by scientists in Japan and the United States, was a meta-analysis of 39 high-quality, previously conducted hypertension studies from 18 countries, with a total of more than 21,000 participants. The researchers found that people who avoid meat had consistently lower and healthier blood pressure levels.

Hypertension is a leading risk factor for stroke, heart disease, kidney disease and shortened life expectancy. The condition affects one in three U.S. adults, according to the CDC.

The full analysis, led by Dr. Yoko Yokoyama of the National Cerebral and Cardiovascular Center in Osaka, Japan, found that meat eaters with hypertension could gain the most by switching to a diet with greater emphasis on fresh vegetables, beans and whole grains. For some study participants, plant-based diets lowered blood pressure better than did prescription hypertension medicine — and without the medication's side effects.

"Just a 5-point drop" in systolic blood pressure, applied on average across the United States, "would lead to a 9-percent drop in heart disease, and a 14-percent drop in stroke," said Dr. Neal Barnard, a co-author on the study and president of the Physicians Committee for Responsible Medicine. "That's terrific. Show me a medication that does that."

The results are in accord with the DASH (Dietary Approaches to Stop Hypertension) diet, which the USDA recommends for all Americans to lower the risk of many chronic diseases, including obesity and diabetes. The DASH diet is not vegetarian but does emphasize a diet rich in vegetables and limited meat, particularly red meats and luncheon meats.

Hypertension has long been associated with diets high in sodium (salt) and saturated fat, and with obesity, inactivity, alcohol consumption and smoking. Scientists theorize that plant-based diets are naturally lower in saturated fat and sodium, and high in potassium, which can counter the effects of too much dietary sodium.

One shortfall of the analysis, the researchers said, was that it could not distinguish among the types of vegetarian diets — from strict vegan with no animal products, to liberal vegetarian diets that allow eggs and dairy — and the different diets' respective effects on blood pressure.

A study published last June in JAMA, which looked at 73,000 people, found vegetarians had a lower risk of dying over a six-year period compared to meat eaters, but the benefits among vegetarians varied. Those with the lowest risk of death were the pesco-vegetarians (who eat fish), followed by vegans (who eat no meat or any other animal products), followed by lacto-ovo-vegetarians, who eat milk and eggs.

The researchers of the new analysis said they hope further studies could clarify which types of vegetarian diets are best for lowering blood pressure. Nevertheless, Barnard, a well-known proponent of the vegan diet, said that any movement toward a plant-centric diet would bring health benefits.

Follow Christopher Wanjek @wanjekfor daily tweets on health and science with a humorous edge. Wanjek is the author of "Food at Work" and "Bad Medicine." His column, Bad Medicine, appears regularly on Live Science.