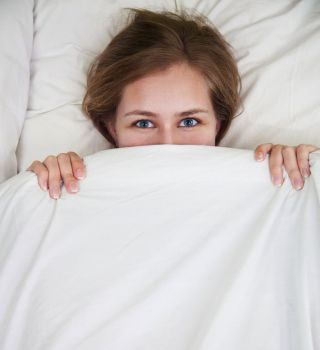 Warnings about painful, long-lasting erections are a hallmark of commercials for men's medications, but the condition can happen in women too, in their clitoris.

In the case of a 29-year-old woman who suffered such an "erection" for five days, the condition was cured by an over-the-counter decongestant, according to a new report of her case.

The condition, in which the erect penis or engorged clitoris does not return to its normal state, is called priapism, and is much more common in men than in women.

The woman had been taking daily medication for low libido in the past months, and had increased the dose just before she started experiencing swelling of the labia and throbbing pain in her clitoral region. Although she discontinued the drugs with the first signs of a problem, the pain and swelling worsened over the next five days, according to the report.

"The pain had become debilitating, as she was unable to walk, sit, or stand without significant worsening of the pain," according to the researchers who detailed the case Tuesday (Feb. 18) in the Journal of Sexual Medicine.

On examination, doctors found a swollen clitoris measuring 2.0 × 0.7 centimeters (0.8 × 0.3 inches), with purple discoloration. The patient was given oral doses of a decongestant medicine, Sudafed, for three days until the swelling and pain resolved, according to the report. [Awkward Anatomy: 10 Odd Facts About the Female Body]

"Female priapism is a very rare condition," the researchers said. Nevertheless, the condition "can be very embarrassing as well as painful, and must be treated urgently to alleviate symptoms."

Priapism often happens because the vessels that drain the blood from the sex organs become blocked, or the systems that relax the organs fail. The condition can lead to severe engorgement, swelling, and in severe cases, blood clots and fibrosis, the researchers said.

In men, the condition is a medical emergency because it can cause blood clots and lead to severe erectile disorder. However, female priapism is not a medical emergency. The abundant blood supply to the female external genitalia makes it less likely that blood clot will occur, the researchers said.

Common causes of priapism in men and women are taking certain antidepressants and psychotropic medications, such as wellbutrin (bupropion) and trazodone, which were the drugs the patients was taking as part of a clinical trial for low libido.

These drugs block a type of receptor called alpha-adrenergic receptors. That's why the doctors decided to try a drug that does the opposite, and stimulates these receptors. Sudafed, which treats stuffy nose and cold congestion, is one of this class of drugs.

After one day of taking painkillers and Sudafed every six hours, the woman went home and continued to take Sudafed for another two days, until everything returned to normal, the researchers said.