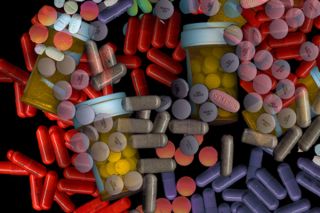 Medicines that are typically used to treat attention deficit/hyperactivity disorder (ADHD) may have a painful side effect: long-lasting erections, according to new data.

The Food and Drug Administration (FDA) warned consumers today (Dec. 17) that ADHD medications containing the active ingredient methylphenidate — which includes common drugs such as Ritalin and Concerta — can cause erections that last more than four hours.

People taking methylphenidate who develop long-lasting erections should seek immediate medical treatment to prevent long-term problems with the penis, the FDA said.  Priapism can lead to permanent damage to the penis if the condition isn't treated.

The FDA has received 15 reports of priapism in those taking drugs with methylphenidate from 1997 through 2012 through an adverse reporting system. However, because the system relies on people voluntarily submitting reports of side effects, the agency can't say how common the side effect is.

Other medications, including erectile dysfunction drugs, have been linked with priapism, and in unusual cases, spider venom and a penis tattoo have caused priapism in the past. [8 Wild Facts About the Penis]

Though the condition could strike at any age, the average age of the patients who reported experiencing this unwanted effect while taking ADHD drugs is about 12.5 years old, and 14 out of 15 of the afflicted patients were minors, according to the FDA. Younger teens may also be too embarrassed to mention the problem, or may not understand that the condition can be serious, the agency noted.

Many people reported the dangerous erections after changing their medication dosage, but a few also developed the condition after they stopped the drug permanently. Two patients required surgery, and several others had to be hospitalized.