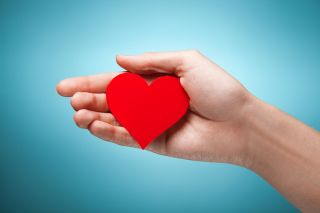 Hetty Chin is a program assistant with the NRDC. This post is adapted from one that appeared on the NRDC blog Switchboard. Chin contributed this article to Live Science's Expert Voices: Op-Ed & Insights.

For the past several years, instead of New Year's resolutions, I've given myself overarching annual mantras. My mantra for 2014 is "Do it, Hetty!" — meaning I should take action in the areas that are important to me.

One of these is helping find a solution to the world's current nutrition issues, and to address them, I've adapted a tool that some of you may have seen before: the problem tree.

In high-school, I identified poor nutrition as a problem — this was my trunk. My overweight grandmother used to babysit me and I witnessed her struggling with a myriad of nutrition-related ailments. I also saw that fast food and junk food were staples for youth in my community.

The symptoms — or branches — of my tree included the issues that my grandmother suffered with, in addition to the effects diet had on the youth around me: poor self-esteem from difficulties with weight management, diabetes, hypertension, difficulty focusing and much more.

The cause, I decided, was very personal — this was a problem for individuals to fix. The lack of health knowledge, driven by social pressures and limited accessibility to information, was at the root of the problem. My plan was to make dietary changes for myself and then help others, so I majored in nutrition science during my undergrad years at the University of California, Davis. Through my studies, I learned about diet, food regulations, food toxicology, metabolic pathways and nutrition standards, but I also began learning about agriculture.

While sitting in a campus hallway, reading L.T. Evan's "Feeding the Ten Billion" I was struck by a revelation: The tiled floor that I sat on, the building where my next class was held, the laptop that I had just turned off — they were all made possible because of agriculture.

As opportunistic, omnivorous human beings, we figured out a way to secure a food source through farming, allowing us to move from mobile hunter-gatherer societies to ones that settled. This allowed our populations to develop specialists — those who could create tools like the ones I mentioned, but also specialists who could create the means for people to populate vast expanses of the earth. This, in effect, led to a dynamic shift, and the resulting unprecedented effect we humans now have on the earth and our own species.

I realized then how reductive my original problem tree was, so I reassessed and now here's my new problem tree. I moved nutrition from being at the core of the problem to a symptom of my new one: our current conventional food system.

I don't mean to ignore symptoms — they too, need to be addressed.

For example, let's look at dehydration. If you take a painkiller to alleviate the headache that may come with dehydration, this might leave you with a clearer mind to figure out what ails you, but if you don't find a cool location to rest and rehydrate yourself, your headache will come back, and you may suffer even more dire symptoms.

Ameliorating a symptom is helpful, but focusing on it alone may mask the real issue at hand. To really address an issue you have to get to the root of it — figure out what causes it, and how you can deal with whatever it is that keeps this problem growing.

So, although I now understand much about nutrition, I must recognize poor nutrition as a symptom and take my actions a bit further. I want to figure out how we can strike a balance between agricultural demands and environmental conservation, and improve community health in an economically viable way.

This is my 2014 mantra: I am going to understand our current food system, learn about what drives industrial agriculture and how to pacify these drivers. I'm going to do it!

Thinking about a problem more holistically may leave you with a daunting new problem tree like mine, but rather than grow jaded and apathetic by this impression, break the issue down into various levels of solutions.

Map out the levels of solutions to your problem.

You don't run before you crawl, so start off small by educating yourself and making individual changes, then reach more people by sharing your knowledge, and eventually work to influence even more people. I learned about nutrition and I made personal life changes, I've worked with students and influenced their choices, I've worked with school policies and influenced school districts — and now I am learning how to raise it up another level.

I've primed myself well for this by working here at NRDC where we have a multi-pronged approach to this issue. NRDC also has a high success rate on many problem trees that it has encountered, so I am interviewing senior staff members and learning how to elevate my capacity in the environmental movement to be at par with what they do, or have done. I am also committing myself to learn about agroecology from the soil level, through a farm apprenticeship where I will gain in-depth knowledge as to what is actually feasible.

I implore you to explore that problem further and not reduce it to the mere symptoms. And though you may come to realize the grandeur of your problem — here's a quote from Hawke's Green Beret Survival Manual (which I am currently geeking out on) on the psychology of survival that I think may help in times of uncertainly:

"Always make a plan, and have a plan, but […] never expect that plan to work out exactly the way you expect. Do your best and do all that you can, rest and relax when you must, and things will be alright. There is nothing more you can do than all you can do, then let go and be flexible."

There's always some action you can take, no matter what the level. All you need to do is set a goal and do it!

The author's most recent Op-Ed was "After Burning Man, Leaving No Trace." This Op-Ed was adapted from "My 2014 Mantra: Do it! Take Action on Food Issues. Yours?" on the NRDC blog Switchboard. The views expressed are those of the author and do not necessarily reflect the views of the publisher. This version of the article was originally published on Live Science.