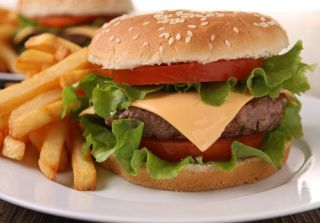 BOSTON – People eating at fast food restaurants aren’t very good at estimating how many calories are in their meals, particularly if they're eating at Subway, a new study suggests.

For the study, researchers queried more than 3,000 customers, including adults, teenagers and parents with young children, at such fast food chains in New England, such as McDonald's, Burger King, Subway, Wendy's, KFC and Dunkin' Donuts. Customers were asked how many calories they thought were in their meal (or, if they were parents, in their children's meals), and researchers viewed receipts to verify what was purchased.

About two-thirds of customers thought there were fewer calories in their meal than there actually were, according to the study presented here at the American Public Health Association. [9 Snack Foods: Healthy or Not?]

The researchers said they don't know why people seem to have more trouble estimating the calorie content of food from Subway. But it could be because the chain has made a big effort to advertise its low-calorie sandwiches, leading some people to mistakenly believe that all sandwiches sold at the restaurant are low-calorie.

"Subway has really had a very concerted effort to identify themselves as a healthy chain," said study researcher Dr. Jason Block, an assistant professor of population medicine at Harvard Medical School.  "It's not wrong. You can eat healthfully there," but a lot of people don't, Block said.

"No matter what you put on a foot-long piece of bread, it’s a lot of calories," Block said.

Soon, restaurant chains with more than 20 locations will be required to post calorie information on menus. (A law requiring calorie postings at chain restaurants was passed in 2010 as part of the Affordable Care Act, but it has yet to be fully implemented because the Food and Drug Administration is still completing the specific regulations.)

Placing calories on restaurant menus throughout the country will be a big experiment, and researchers will be looking to see if it changes people's purchasing behavior, Block said.

Even if it has no effect (some studies suggest calorie postings on menus don't change behavior), it may make people more aware of calories, and may cause some chains to make alterations to their menus or to their recipes, Block said. Some restaurants have made changes already: a few months ago, Burger King started selling low-calorie fries.