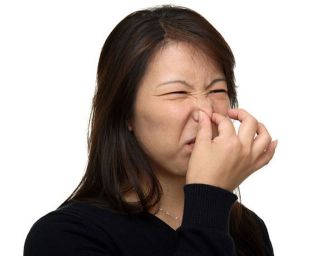 Humans may be able to smell sickness, or at least detect a distinct odor in the sweat of people with highly active immune systems who are responding to infection, a new study from Sweden suggests.

In the study, eight healthy people were injected with either lipopolysaccharide, a bacterial toxin that produces a strong immune response, or with salt water (which wasn't expected to have any effect). Four hours later, the researchers collected the participants' T-shirts (in which they had been sweating), cut out the armpits and put this fabric into bottles.

Then, 40 university students smelled the samples, and rated the intensity, pleasantness and the perceived "health" of the odor. [Myth or Truth? 7 Ancient Health Ideas Explained]

Students rated the shirts worn by the people injected with the toxin as more unpleasant and more intense-smelling than those of the saline group, the study found. Participants also rated the shirts from the toxin group as smelling more "unhealthy," although it's possible the raters were using pleasantness and intensity of the odors to judge health, the researchers said.

Although there have been some reports of people with certain diseases giving off a smell after symptoms appear (such as Yellow fever, which one study said smells like a "butcher's shop"), the new findings suggest that "humans can indeed dissociate between the odors of sick and healthy individuals," within four hours after the immune system is activated, the researchers, from the Karolinska Institutet, wrote in the Jan. 22 issue of the journal Psychological Science.

"Taken together, these results strongly support that humans emit a chemical cue during a generalized sickness response that can be perceived by others," the researchers said.

The ability to detect sick people by their smell could serve a purpose by protecting healthy people; it would help them avoid sick individuals, the researchers said.

However, because the new study was conducted in a lab, and participants were injected with a single toxin, it's not clear whether the same results would be seen outside the lab in people who have other infections.