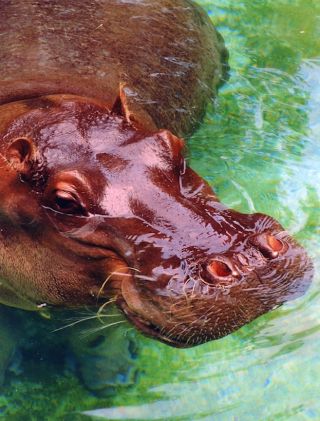 The oldest Nile hippopotamus in North America has died at age 59 at the Cleveland Metroparks Zoo.

Blackie the hippopotamus — who was brought to the zoo from Africa in 1955 and sired three males — had to be euthanized Monday (Jan. 13) due to illness related to his old age, zoo officials announced.

Most hippos live to be 30 or 40, and Blackie could possibly be the oldest male Nile hippo ever documented.

Zoo officials said in a statement that a special heated pool was built for the aging Blackie in 2008 and that he was comfortable until the end: "He lived out his last several years contentedly eating copious amounts of produce and floating lazily in a pool he didn't have to share."

Hippos are the third largest land mammals on Earth, after elephants and white rhinos. Their closest living relatives are dolphins and whales, and they are considered vulnerable by the International Union for Conservation of Nature.